The official website of the anime adaptation of Wataru Watari and Ponkan8’s Yahari Ore no Seishun Love Comedy wa Machigatteiru. (My Teen Romantic Comedy SNAFU) light novel series has revealed the preview synopsis for episode 10 of the anime’s second season, Oregairu Zoku. The episode itself will air on Friday the 5th of June at 1:51am JST on TBS.

Episode 10: The Thing That the Light in Each of Their Hands Shines On

Yukino and Hachiman are unable to decide upon anything since Tamanawa was being irresponsible and providing unsustainable plans. By taking the event themselves, Iroha, Yui, Yukino and Hachiman managed to steer the Christmas event in the right direction. For the first time in a long while the air in the Service Club is now peaceful. To start off the new year, Yui and Hachiman go out together to find a birthday gift for Yukino. And, by the chance an encounter with Hayato and Haruno. 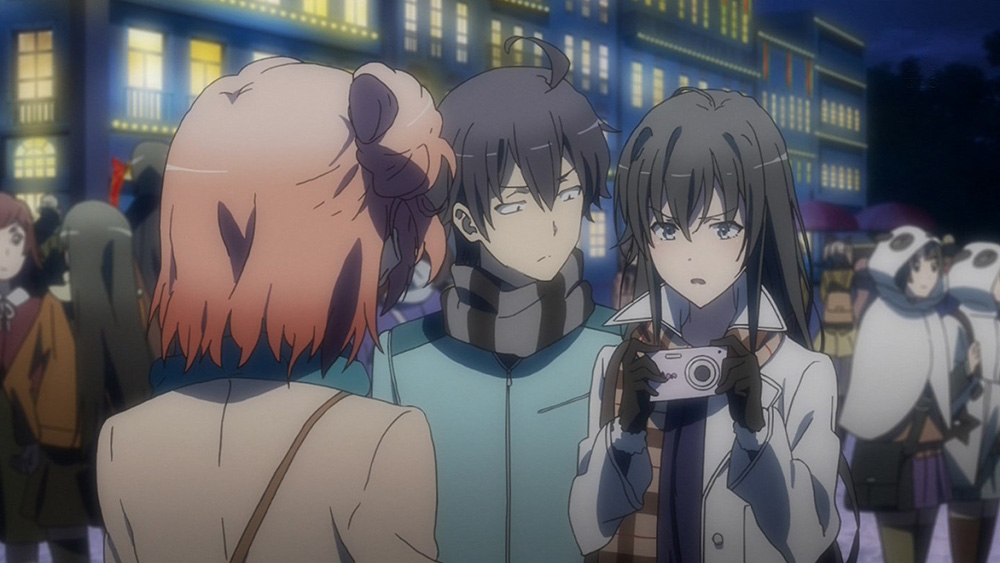