The second season the Yahari Ore no Seishun Love Comedy wa Machigatteiru. anime,  Oregairu Zoku will be airing from April 3 at 1:46am JST on TBS during the Spring 2015 anime season.

Here was the first PV: 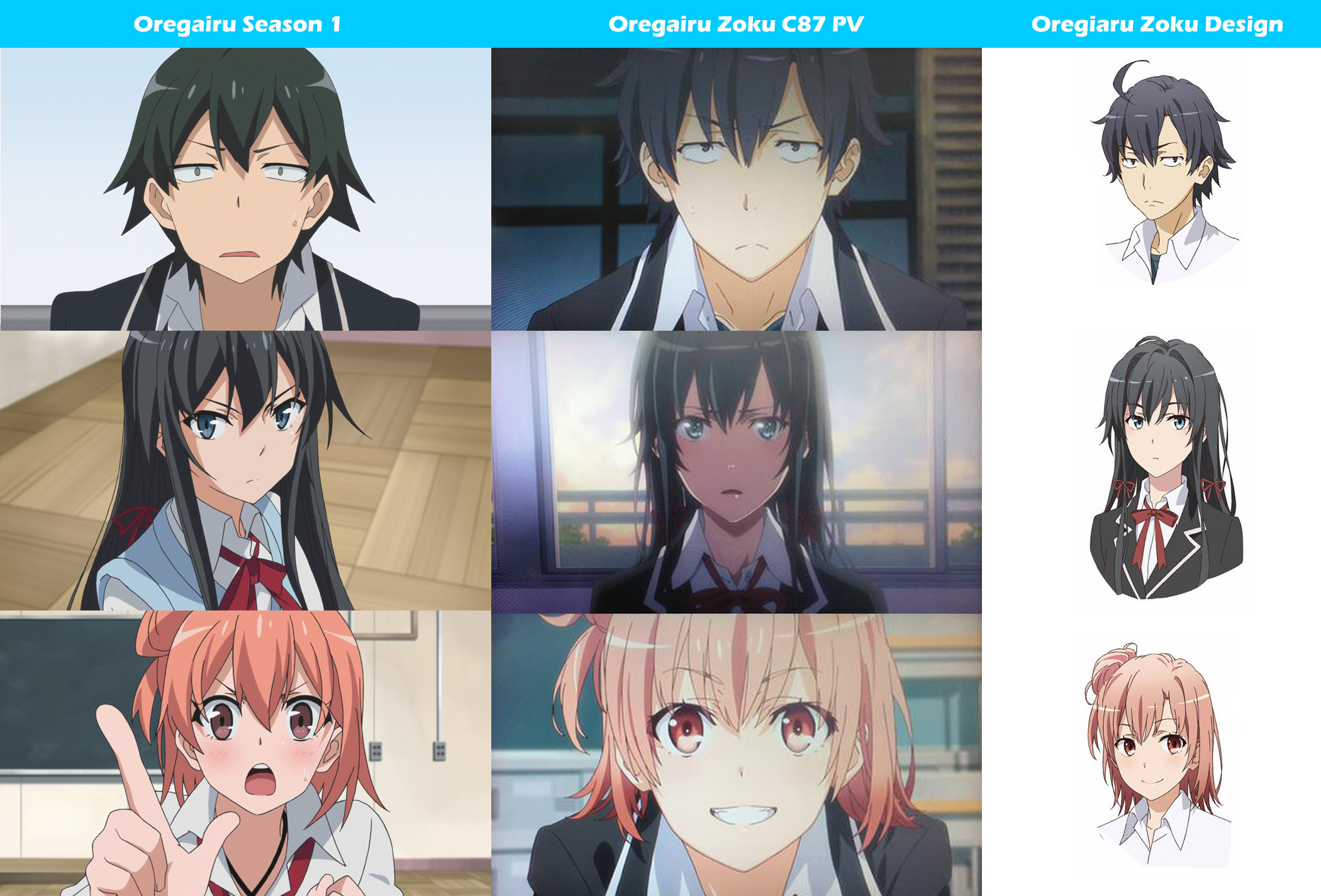 Here is the latest main visual for the anime: