The first promotional video has been released at AnimeJapan for the upcoming anime adaptation of Kugane Maruyama and So-bin’s Overlord light novel. This new promotional video introduces to us the main characters of the upcoming series and its grim premise. The PV also reveals that the anime will be airing this July during the Summer 2015 anime season. The anime itself will be directed by Naoyuki Itou (Digimon: Data Squad, One Piece 3D2Y) and will be produced by studio Madhouse (No Game No Life, Wolf Children). The anime stars: Satoshi Hino (Yuuji Sakai in Shakugan no Shana) as Momonga, Emiri Katou (Kyuubey from Mahou Shoujo Madoka★Magica) as Aura Bella Fiore, Sumire Uesaka (Sanae Dekomori in Chuunibyou demo Koi ga Shitai!) as Shalltear Bloodfallen and Yumi Hara (Takane Shijou in The [email protected]) will be voicing Albedo.

The Overlord anime will be airing this July throughout the Summer 2015 anime season.

Here is the key visual of the anime: 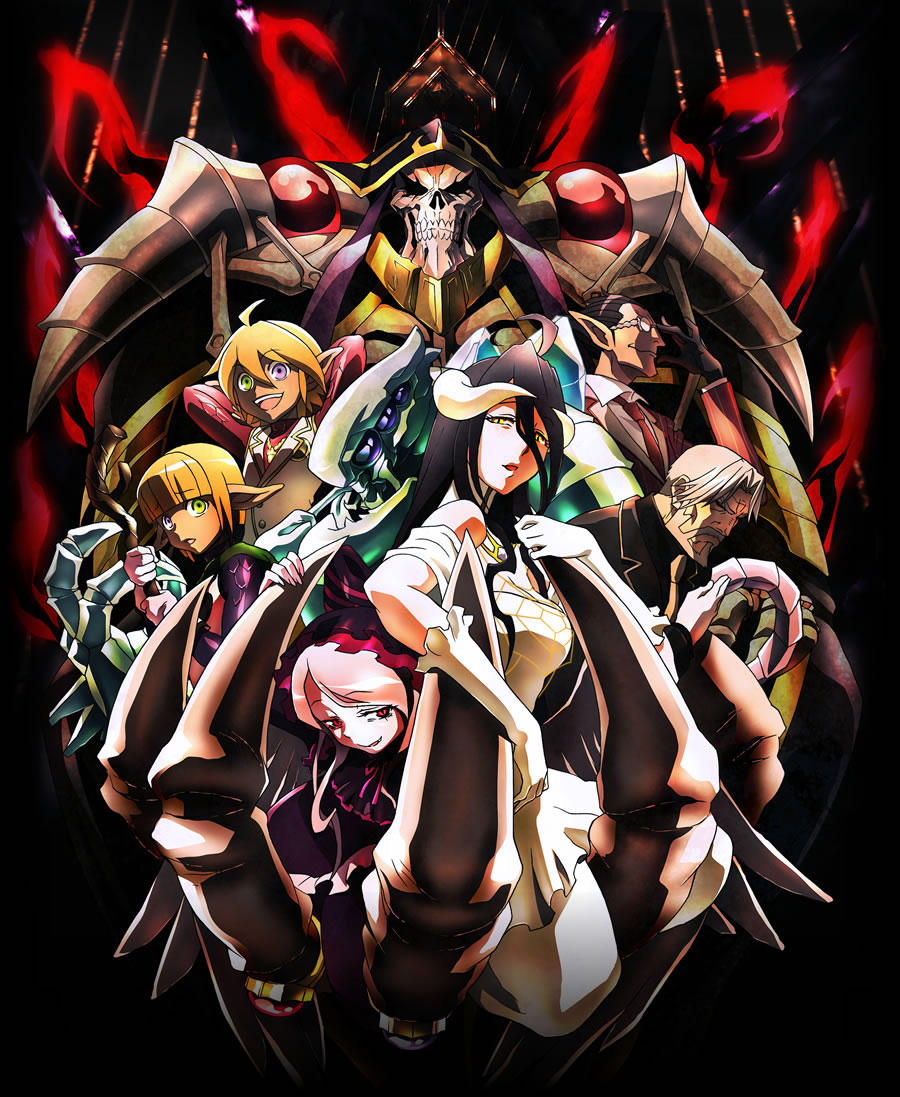 The story begins with Yggdrasil, a popular online game which is quietly shut down one day. However, the protagonist Momonga decides to not log out. Momonga is then transformed into the image of a skeleton as “the most powerful wizard.” The world continues to change, with non-player characters (NPCs) begining to feel emotion. Having no parents, friends, or place in society, this ordinary young man Momonga then strives to take over the new world the game has become.