Two brand new visuals have been released for the TV anime adaptation of ONE and Yuusuke Murata’s One Punch-Man manga in the latest issues of Animedia and NewType magazine. The first new visual features both Saitama and Genos: 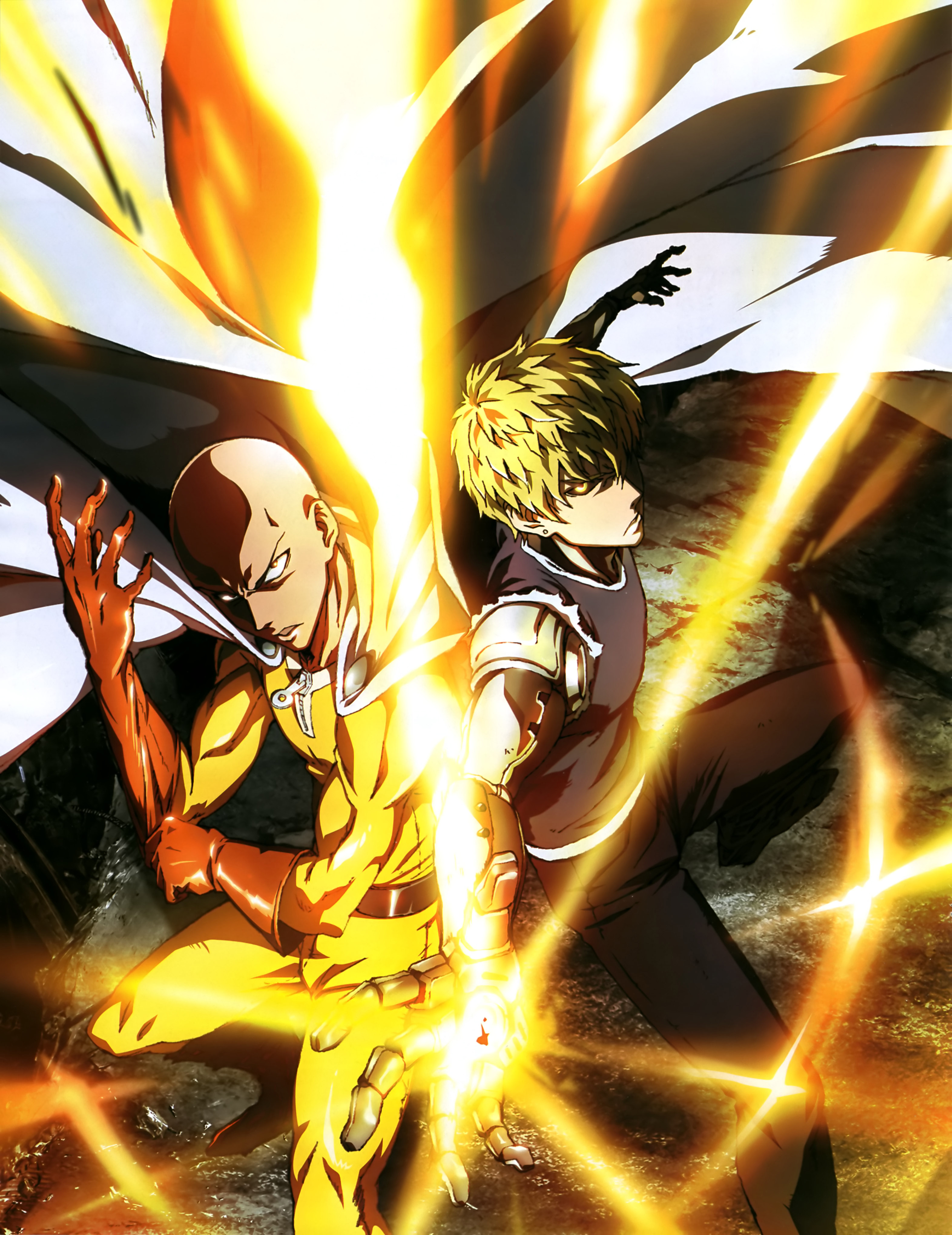 Here is the other visual that only features Saitama: 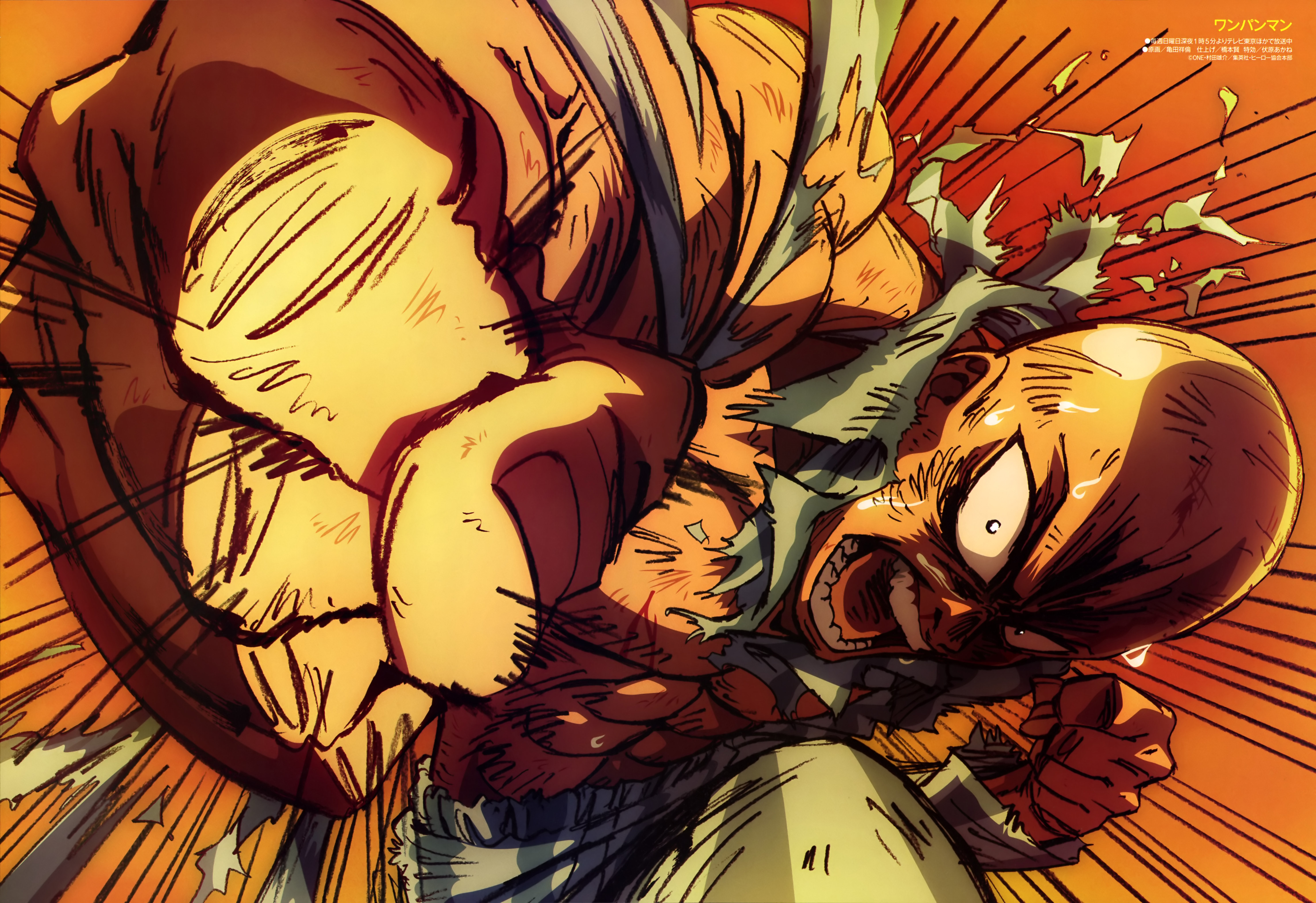 There will be a total of 12 episodes for the One Punch-Man anime. A total of 6 Blu-ray and DVD volumes of the anime will be released with 2 episodes each. The first volume of the anime will also contain an OVA, titled Shinobiyori Sugiru Kage (A Shadow That Snuck Up Too Close) and is a 10 minute special with an original story, written by ONE himself. The volume will release on December 24. There will also be a separate OVA bundled with the 10th volume of the manga.