If you’re looking for news on anime, you’ve come to the right place. I’d like to thank www.otakutale.com for featuring this piece on goofy anime, as we can all use a smile from time to time. There’s a lot of good content here, so check out some of the other posts when you finish. Amanchu! fans can check out this page for info on the new anime.

There’s really no shortage of good anime out there, but what you want to watch can vary. Sometimes what you want is a deep, compelling story riddled with subplots and character development. Other times you just want to see someone getting cracked over the head with a mallet whilst trying to peek over the wall of the public bath. 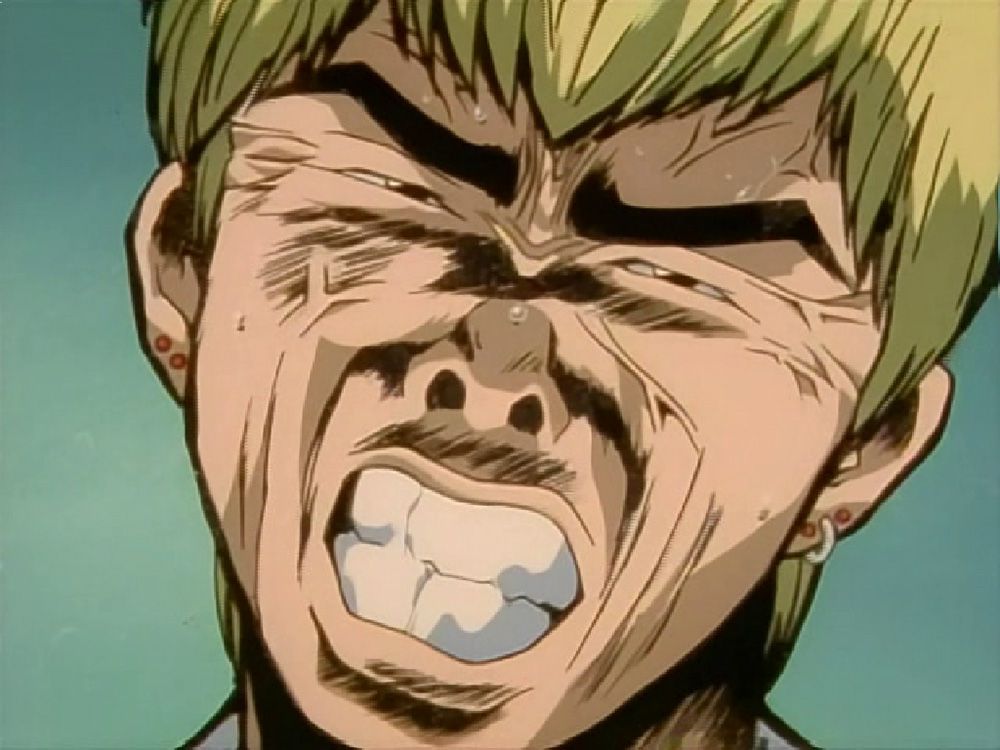 Sometimes, you just want to see something that’s extremely silly. That’s why I compiled this list. Here are five choices that will hopefully give you some options:

Hitman Reborn! (Katekyo Hitman Reborn!) is quite literally one of the goofiest shows I’ve ever seen. Our protagonist Tsunayoshi Sawada, aka Tsuna, is the typical shy schoolboy with a crush on one of his classmates. As the “loser” of his class, he gets low grades and is bad in most sports until he has a fateful meeting with a hitman by the name of Reborn (who also happens to be a baby).

With the help of Reborn, Tsuna must become the next head of the Vongola family mafia. He is distantly related to them through his great great-great-great grandfather. The whole tone of the show is hyperbole, with one ridiculous situation leading to another. The plot doesn’t start off particularly strong, but the physical comedy is great.

If you’re ready to see a boy fighting in his underwear after being shot in the head by a magic bullet, check out Hitman Reborn!.

When you need a show that just makes no sense, Gintama should be at the top of your list. This show has admittedly no real consistent plot, but it’s totally on purpose. The entire show focuses on the running gag of mocking other anime, stereotypical characters and breaking the fourth wall whenever possible.

The protagonist Gintoki runs an “odd jobs shop” where he and his roommates will do anything to put food on the table. This is with the backdrop of Meiji era Japan, just a few years after an alien invasion has altered the Earth from being solely dominated by humans.

There are quite a few episodes available online, with the “filler” episodes being some of the best because they consist of the voice actors basically stalling for time. It’s really something special to watch.

Our next show offers a bit more plot than the previous two listings and is considerably shorter. Soul Eater has a relatively interesting cast and focuses predominantly on the development of Maka Albarn and her partner, Soul Eater (who can transform into a weapon for her to wield).

Their ultimate goal is to power up Soul Eater enough to become a weapon for Death, the leader of the Death Weapon Meister Academy. This involves absorbing the souls of defeated foes and ultimately a witch’s soul (which the title clearly alludes to).

Don’t be surprised if Death is a little “different” than in other depictions. The plot is quick to make characters of high importance seem completely absurd, especially the legendary sword Excalibur (a character you will simply never forget).

Because the show is relatively short (it cuts off at 51 episodes), it can be run through relatively quickly. That being said, it still has enough staying power to keep you busy. The show does have its moments of seriousness and dark humor, but the vast majority of content is relatively comedic.

With the exception of Case Closed (Detective Conan), One Piece is perhaps the longest anime currently airing. With over 700 episodes to its name, you could sit and watch episodes of the show for weeks and still not be caught up to the current plot. But every episode is worth watching: the show is gold.

One Piece follows the adventures of Monkey D. Luffy, an aspiring pirate whose dream is to find the hidden treasure One Piece and become King of the Pirates. Along the way he meets an incredibly diverse array of exciting and hilarious heroes and villains, moving from one absurd situation to the next.

Perhaps the greatest strength of One Piece is the author’s creativity. There’s rarely a dull moment and the characters don’t always conform to the usual stereotypes. While some of the art was initially off-putting (at least for me), it quickly grows on you as the varied jokes and action combine to make a truly excellent show.

The last recommendation on our list is an old favorite. Great Teacher Onizuka is a classic anime that brings us in touch with Onizuka, an ex-bad boy in his early twenties who decides to become a teacher to hook up with students’ mothers in an attempt to end his virginity. Instead, Onizuka ends up as the head of a class of misfit students whose only goal is to get rid of him.

While the cast in some cases borders on extreme stereotypes, the writing is good enough to occasionally make your insides hurt from laughter. Onizuka is clearly modeled as the yakuza “boss” type, but with a mixture of low self-esteem and contrastingly high moral values. While there is an overarching plot, the story tends to air on the side of slapstick humor and doesn’t suffer for doing so.

Most of the shows I’ve listed can be found on Crunchyroll. The sole exception is Soul Eater, but FUNimation’s website makes that easy to find as well. I’ve heard One-Punch Man is also worth checking out, but haven’t personally seen the show myself. Keep in mind most all of these shows can be seen for free, the quality just may be limited. there may be commercials, and you definitely won’t get simulcast on the shows still running.

Whether you’re planning to stream or download these shows, it’s worth mentioning you can protect yourself with a VPN (Virtual Private Network). Popular streaming websites are usually fairly safe, but it doesn’t hurt to use an extra layer of encryption (something a VPN does very well).

Did we miss one of your favorite shows? Tell us in the comments! This is only a short list, so we’d be happy to see your suggestions.