The official website of the anime adaptation of Okayado’s Monster Musume (Everyday Life with Monster Girls) manga has announced that an OVA of the anime will be bundled this November in the manga’s 11th volume. 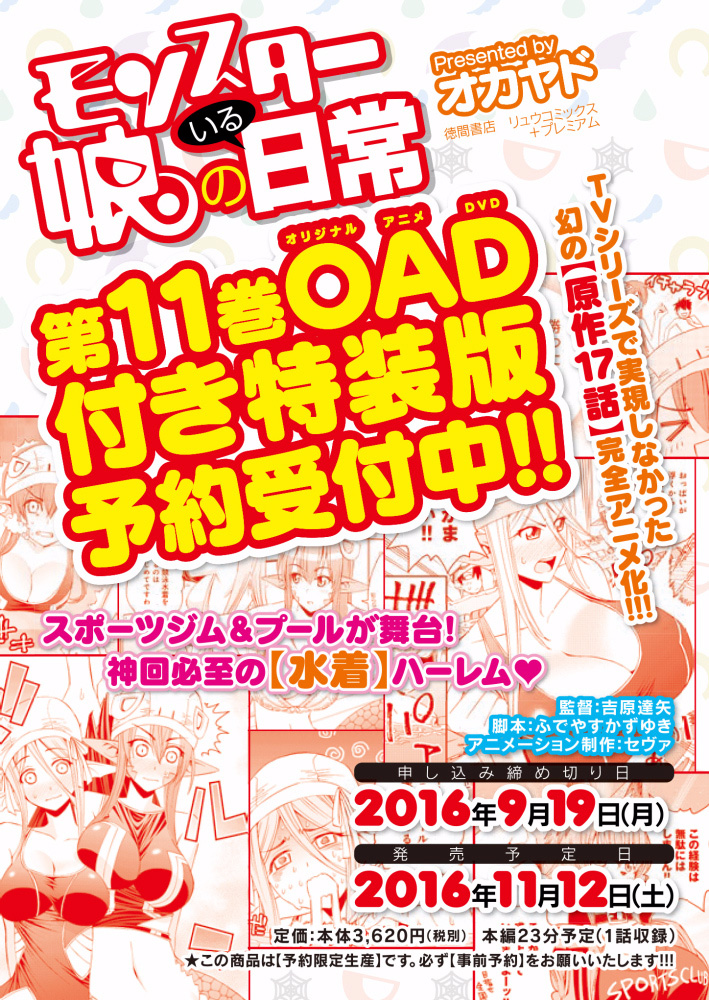 The OVA will animate the manga’s 17th chapter that features the series’ main girls going to a local swimming pool. The OVA will be bundled with the manga’s 11th volume, which will release in Japan on November 12th. Pre-orders for the bundle will open on September 19 for ¥3,620 (~ US$31.78).

Tatsuya Yoshihara (Namiuchigiwa no Muromi-san, Yoru no Yatterman) will return to direct the OVA and studio Seva is back to animate. 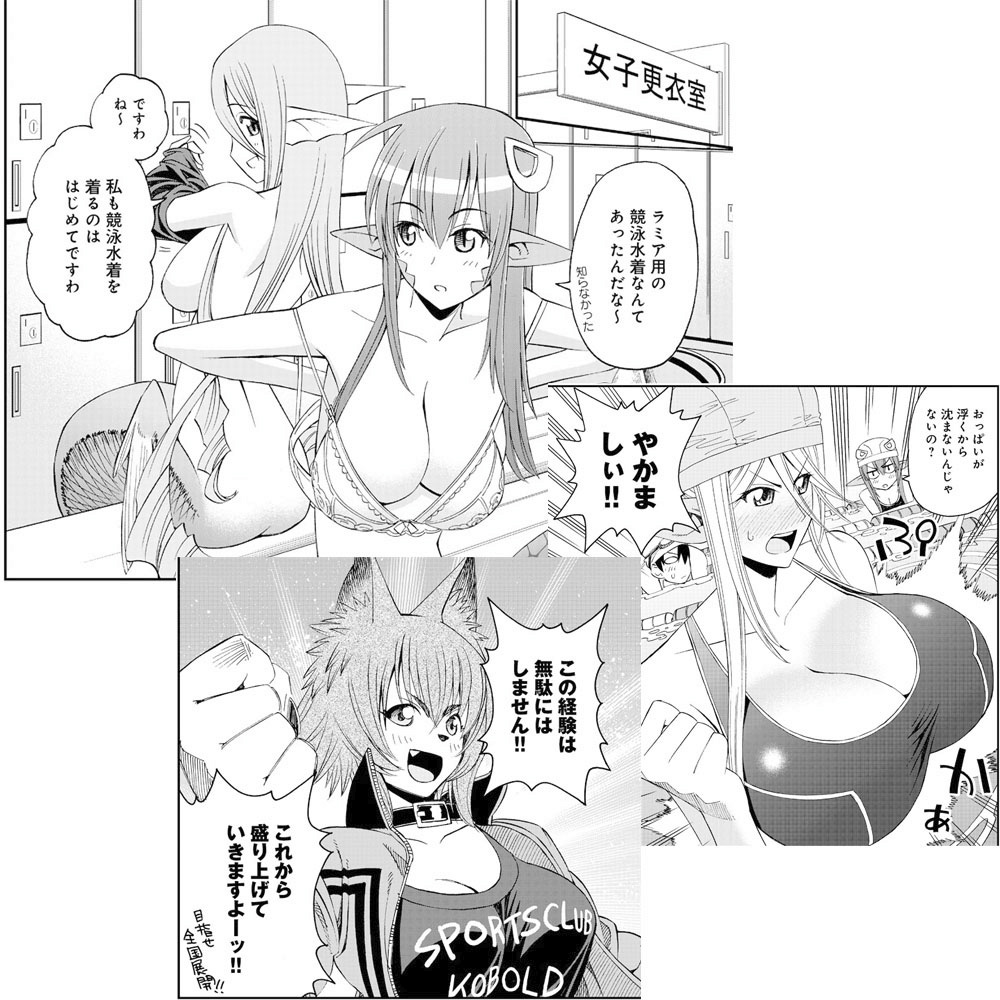 The Monster Musume pool OVA will be bundled with the 11th volume of the manga, being released on November 12th. Orders for the bundle open on September 19.