The latest issue of Newtype magazine has a brand new visual for the upcoming Sword Art Online the Movie: Ordinal Scale anime film, featuring the main heroines of the movie and series. The movie will release worldwide on February 18th. 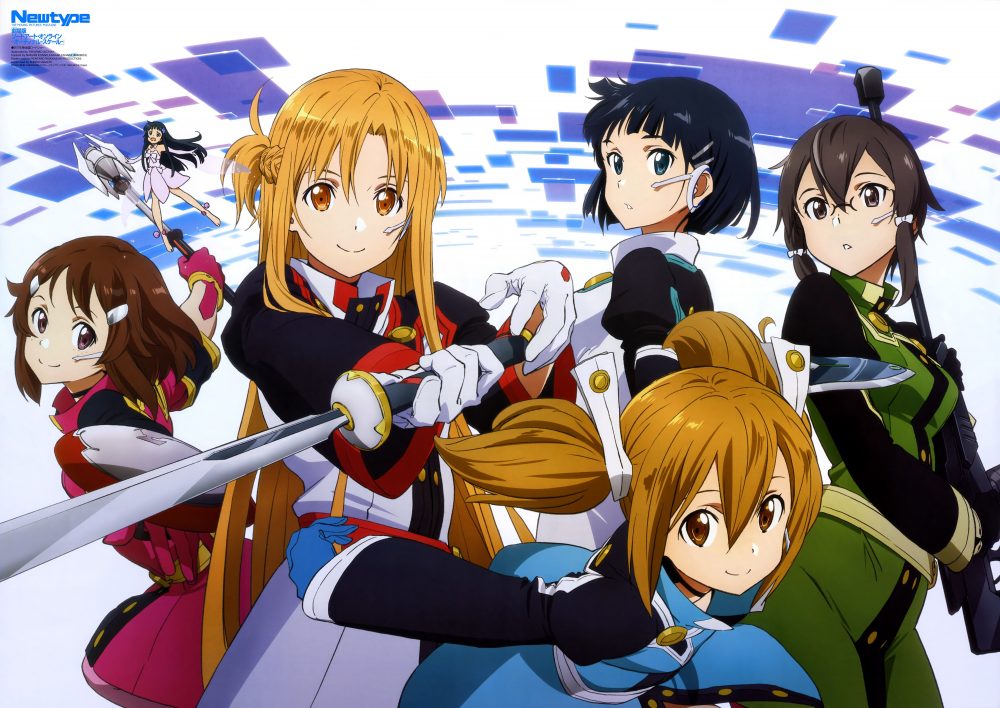 The film will release on Saturday, February 18th in Japan in over 150 theatres. The movie will also have a worldwide simultaneous release on the same day. It is projected that  Sword Art Online: Ordinal Scale will release in over 1000 screens around the world.

The new characters that will debut in the film includes:

And here is the second full trailer, which introduces the new game and AR technology and the new characters that will debut in the film:

Sword Art Online the Movie: Ordinal Scale will release worldwide on February 18th, 2017. More information about the anime movie and its release locations.