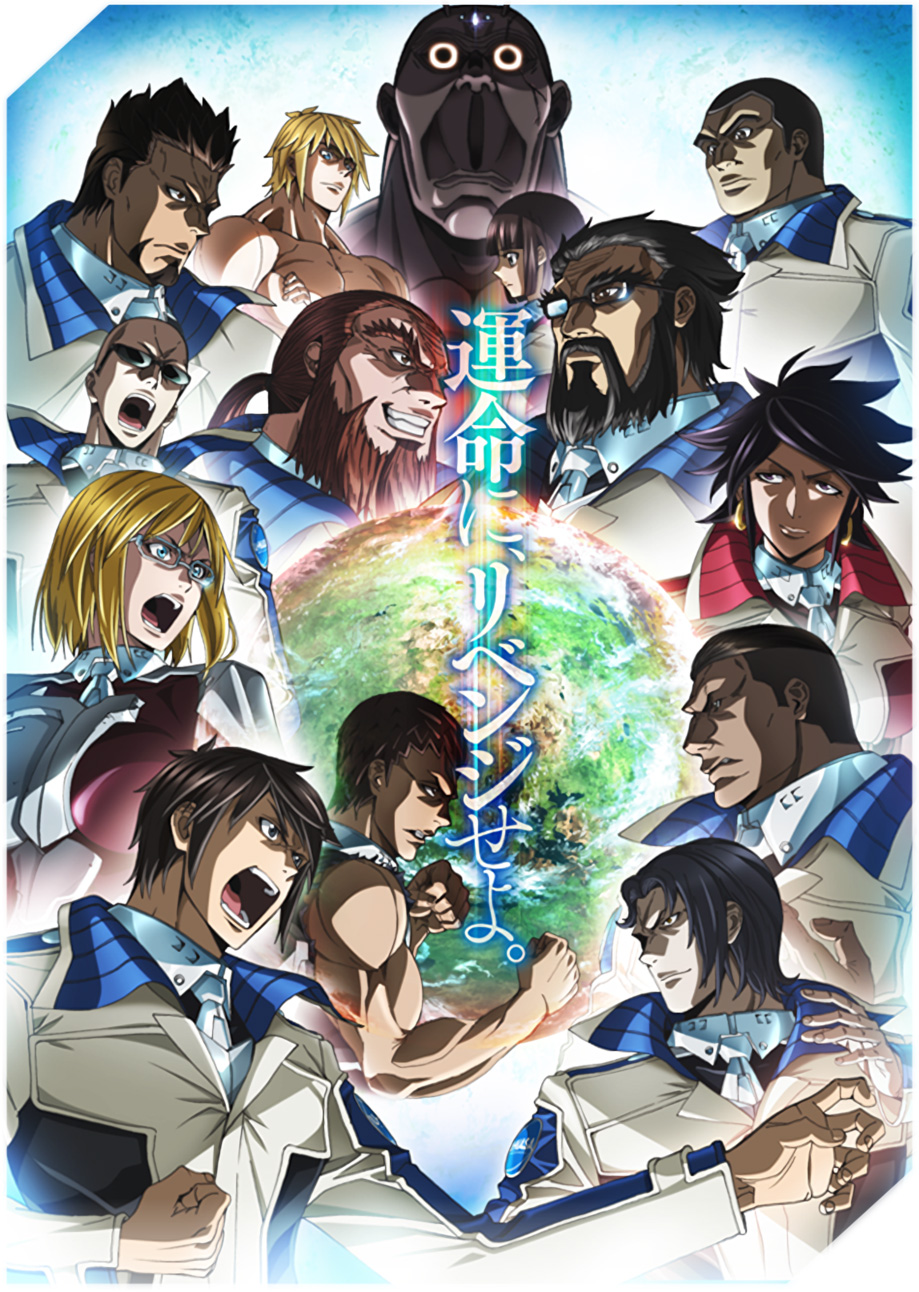 The new character designs for the anime’s second season has been revealed:

Terra Formars is an original manga written by Yu Sasuga and illustrated by Kenichi Tachibana. The series was first published in 2011 in Shueisha’s Weekly Young Jump magazine. To date the series has 15 volumes published. The manga ranked 1st in Kono Manga ga Sugoi! Top 20 Manga for Male Readers guidebook, with over 6 million copies in print. A TV anime and OVA were announced in February 2014. The OVA handles the first arc in the series, the Bugs 2 Arc, and the anime series continued on with the Annex 1 arc. 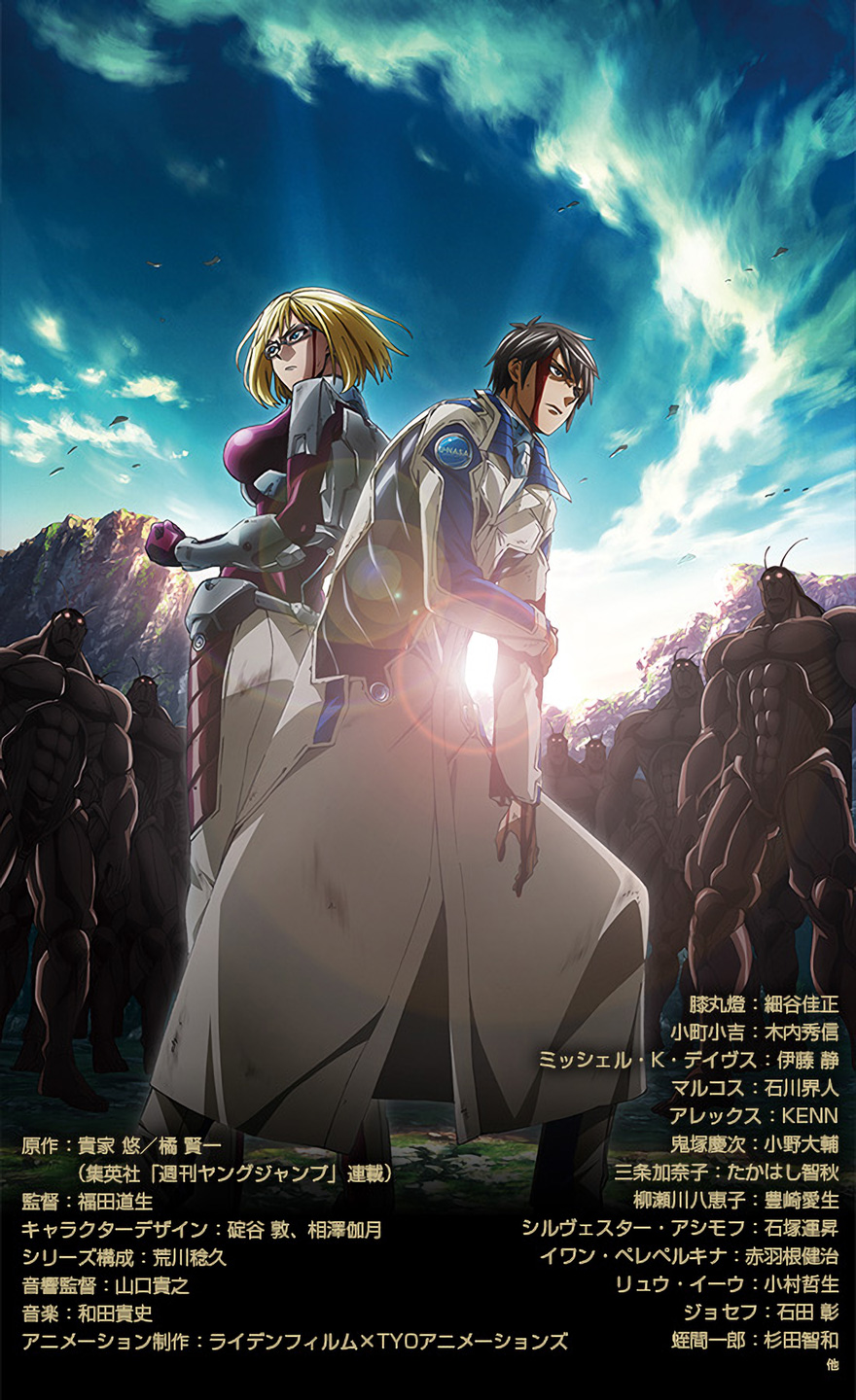 The second season of the Terra Formars TV anime series, titled Terra Formars: Revenge, will air this April in the Spring 2016 anime season. Further information about the anime will be revealed at a later date.