The latest issue of Monthly Shonen Ace magazine has announced that the upcoming anime adaptation of Meguru Ueno’s Hajimete no Gal (First-Time Gal) manga will start airing this Summer season. 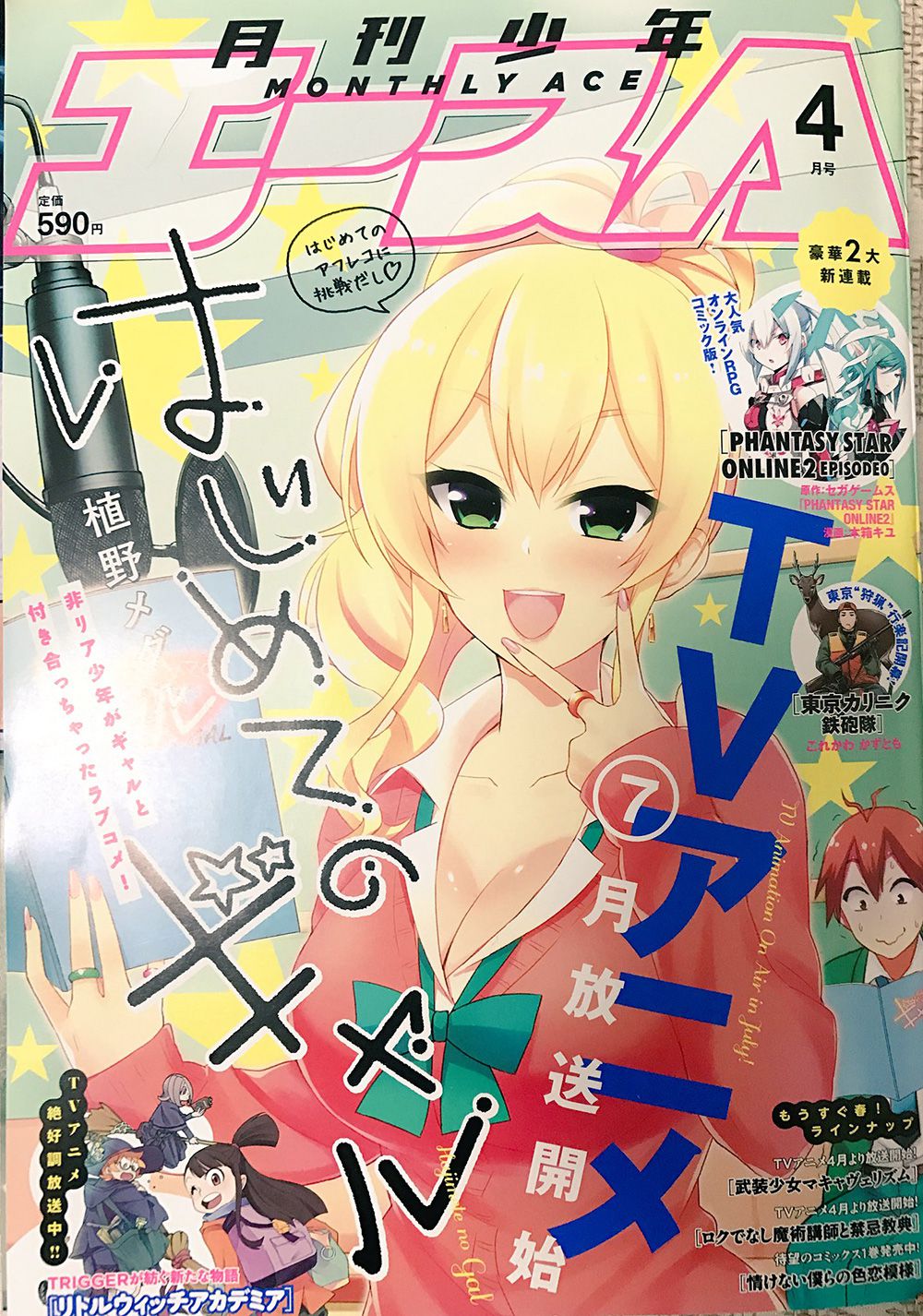 The Summer 2017 anime season generally begins in July. So the Hajimete no Gal anime is expected to air during then. The exact broadcast date and stations it will be aired on have yet to be revealed. 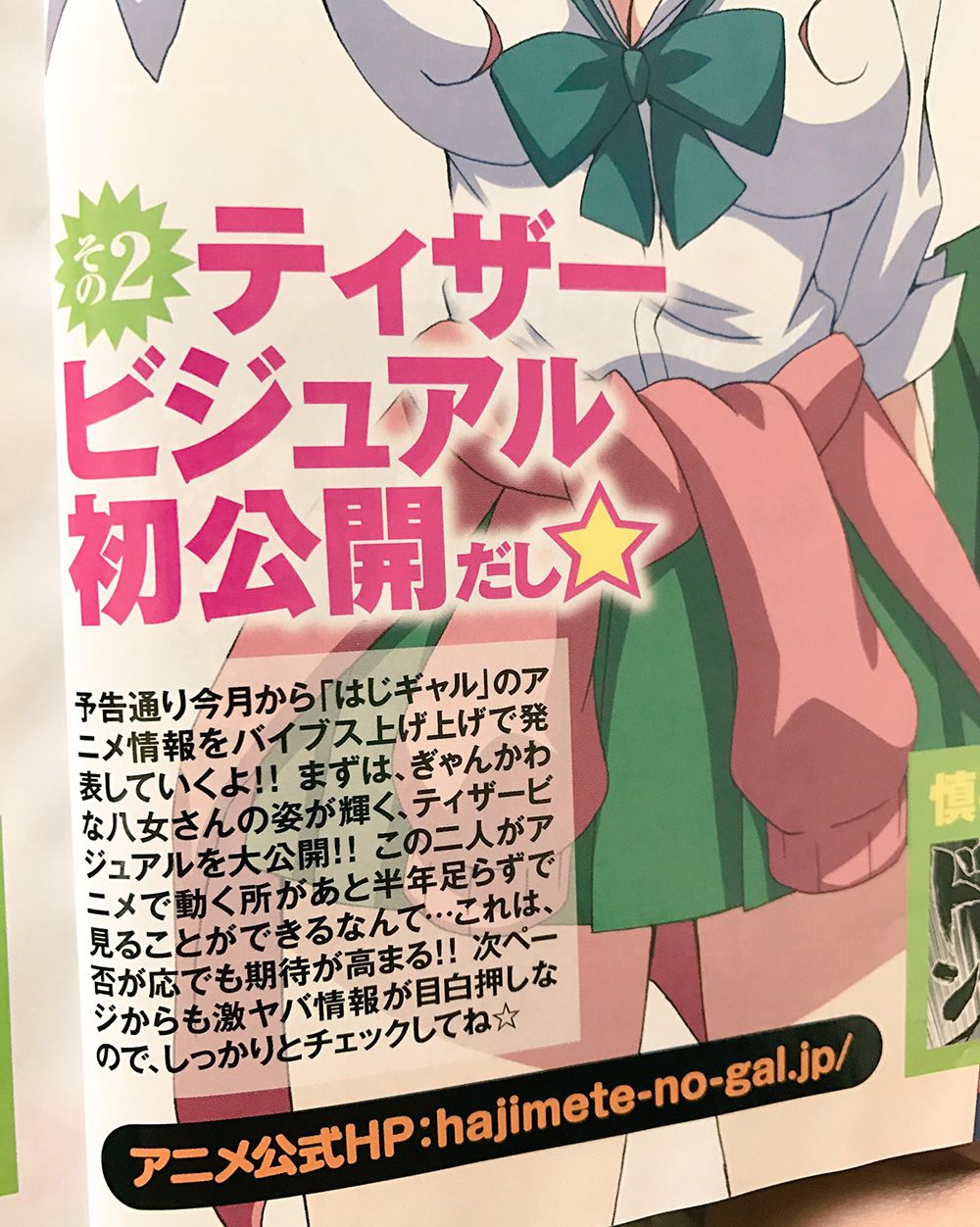 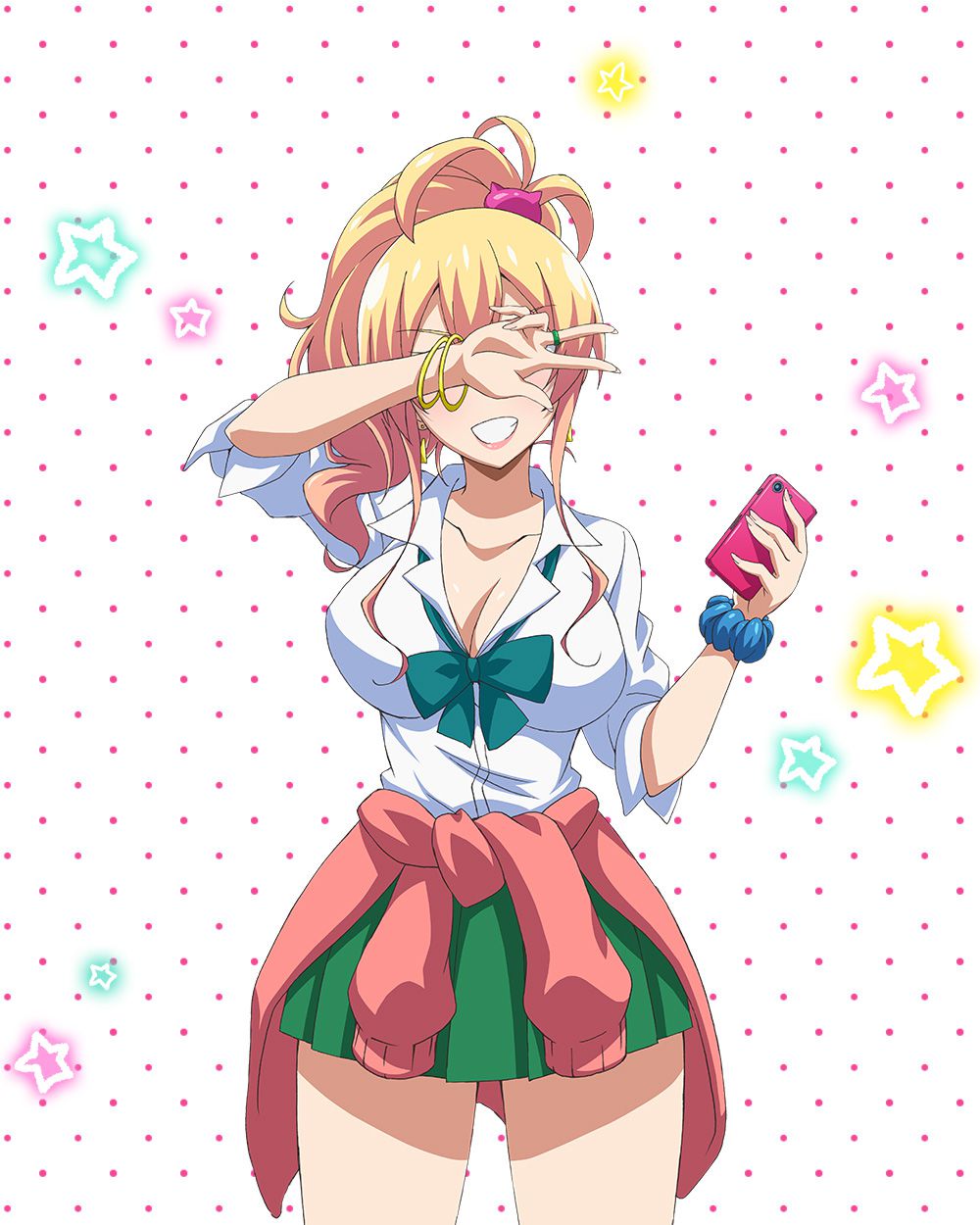 The Hajimete no Gal TV anime adaptation will start airing from July during the Summer 2017 anime season. Further details about the upcoming anime will be revealed at a later date.