This weekend’s Animelo Summer Live concert is having its 13th year at the Saitama Super Arena. In part of the celebration of its 13th anniversary, a super special guest was brought out to fans at the concert. It was none other than the members of the SOS Brigade from the anime adaptation of Nagaru Tanigawa and Noizi Ito’s The Melancholy of Haruhi Suzumiya (Suzumiya Haruhi no Yuuutsu), appearing together for the first time in 11 years. 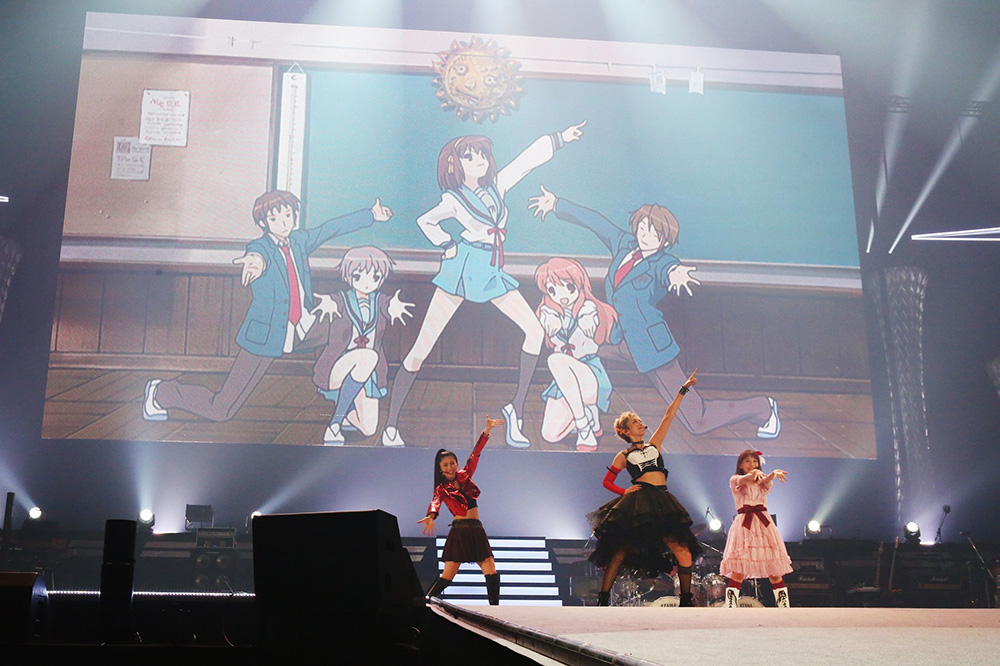 The 2017 Animelo Summer Live, Animelo Summer Live THE CARD, is being hosted over the weekend of August 25th. One of the first super guests at the event was Aya Hirano. When she came up onto the stage, she told the crowd that she had an announcement. As the music began for one of the most popular songs in Anime history began, the crowd began to grow louder. Hirano announced that she would be joined by the SOS Brigade to perform Hare Hare Yukai. The crowd went ballistic. 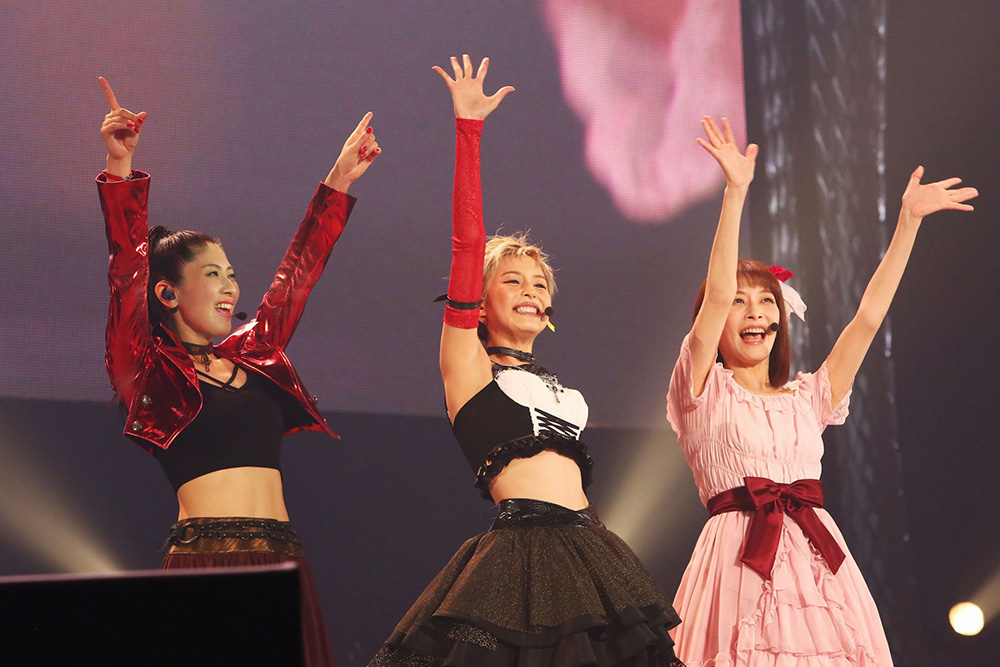 The SOS Brigade conists of (from left to right) Minori Chihara (Yuki Nagato), Aya Hirano (Haruhi Suzumiya) and Yuuko Gotou (Mikuru Asahina). The three performed the song and dance (with much enthusiasm) of Hare Hare Yukai with the animation playing in the background.

When the song ended, the three embraced each other, laughing and smiling. Hirano mentions to the crowd that it has been 11 years since the three performed together at Animelo Summer Live. The SOS Brigade left the stage side by side with the crowd roaring in the background. 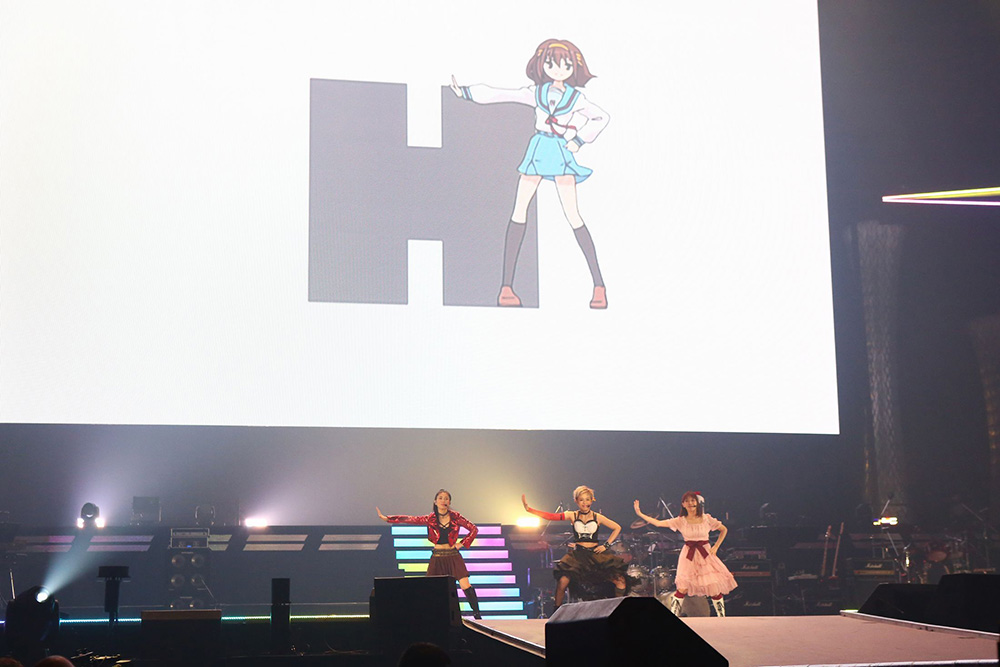 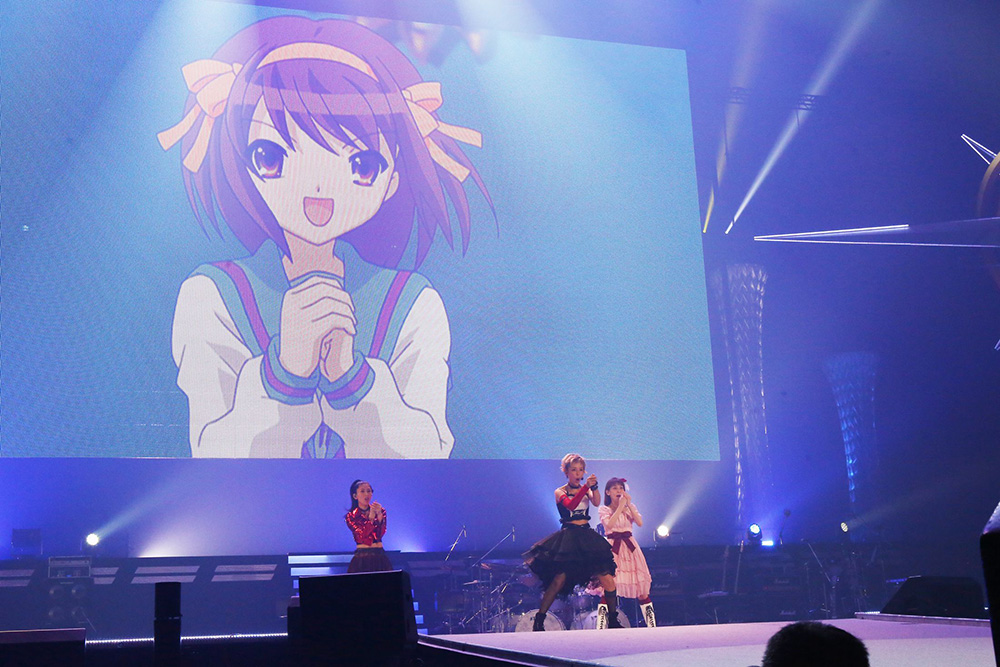 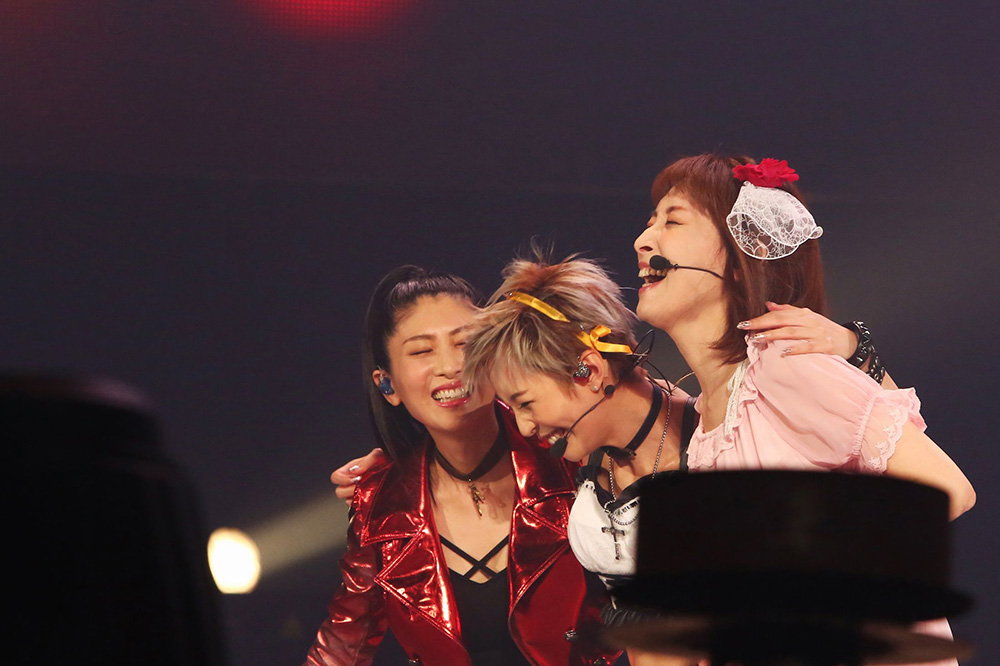 A brief look at their performance can bee seen in the following video at the 35 second mark:

The Melancholy of Haruhi Suzumiya (Suzumiya Haruhi no Yuuutsu) is a light novel series written by Nagaru Tanigawa and illustrated by Noizi Ito. The novels began in 2003 and were originally published as short stories in Kadokawa Shoten’s The Sneaker magazine. Since then the short stories have been compiled into 11 light novel volumes, with the latest releasing in May 2011 (which was translated in November 2013). The series was adapted into a TV anime in 2006 from Kyoto Animation (K-ON!, Clannad) and directed by Tatsuya Ishihara (Clannad, Hibike! Euphonium). It was followed by a second season in 2009 and a film, The Disappearance of Haruhi Suzumiya, in 2010. A spin-off manga titled The Disappearance of Nagato Yuki-chan (The Vanishing of Nagato Yuki-Chan) was produced since 2009 by Puyo and was adapted into a TV anime in 2015. The series celebrated its 10th anniversary last year with an OST and Blu-ray boxset.

The SOS Brigade has reunited at Animelo Summer Live for the first time in 11 years since they performed in 2006. This year’s concert (Aug 25 – 27) is host to many other talents, including LiSA and Aqours.