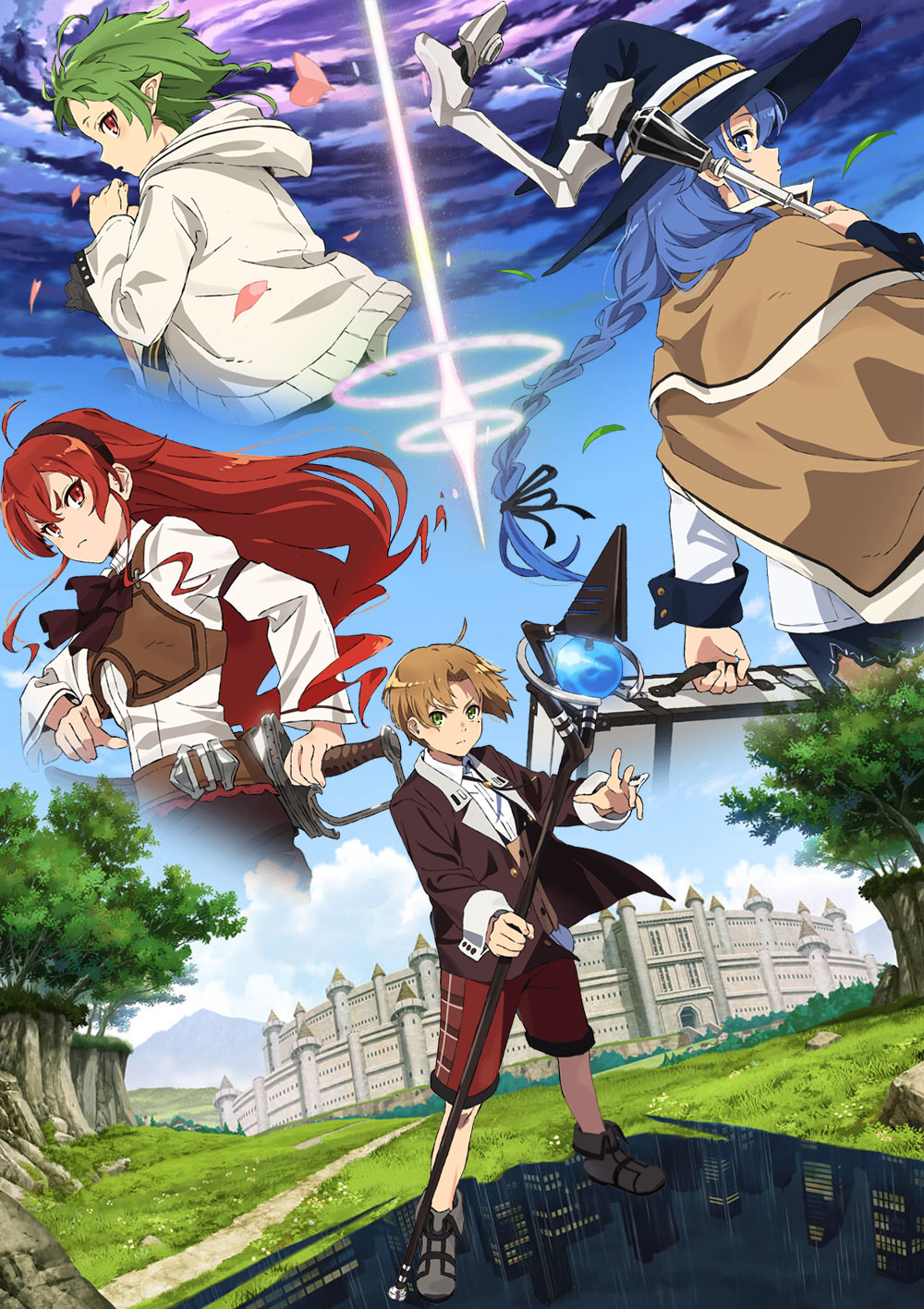 Here is the first promotional video for the anime, which teases the themes, characters and setting of Mushoku Tensei:

The leading staff of the anime’s production include:

Mushoku Tensei: Isekai Ittara Honki Dasu (Mushoku Tensei: Jobless Reincarnation) is a fantasy light novel written by Rifujin na Magonote and illustrated by Sirotaka. The series originally began as an online web novel published via Shousetsuka ni Narou. The original novel ran from 2012 until 2015. Japanese publisher Media Factory picked up the series in early 2014 publishing Mushoku Tensei through their MF Bunko imprint. A total of 22 volumes have been published to date. The series has also received a manga adaptation in mid 2014 by Yuka Fujikawa that is published under Media Factory’s Monthly Comic Flapper magazine.

Killed while saving a stranger from a traffic collision, a 34-year-old NEET is reincarnated into a world of magic as Rudeus Greyrat, a newborn baby. With knowledge, experience, and regrets from his previous life retained, Rudeus vows to lead a fulfilling life and not repeat his past mistakes.

Now gifted with a tremendous amount of magical power as well as the mind of a grown adult, Rudeus is seen as a genius in the making by his new parents. Soon, he finds himself studying under powerful warriors, such as his swordsman father and a mage named Roxy Migurdia—all in order to hone his apparent talents. But despite his innocent exterior, Rudeus is still a perverted otaku, who uses his wealth of knowledge to make moves on women whom he could never make in his previous life. The TV anime adaptation of Mushoku Tensei will be airing in 2020. Further details will be revealed in the upcoming months.