Japanese artist Noizi Ito has revealed on her Twitter account that she has received a sample copy of The Intuition of Haruhi Suzumiya, the upcoming 12th volume of The Melancholy of Haruhi Suzumiya (Suzumiya Haruhi no Yuuutsu) light novel series. In the tweet, she shows off the thickness of the novel, which will be 432 pages long. 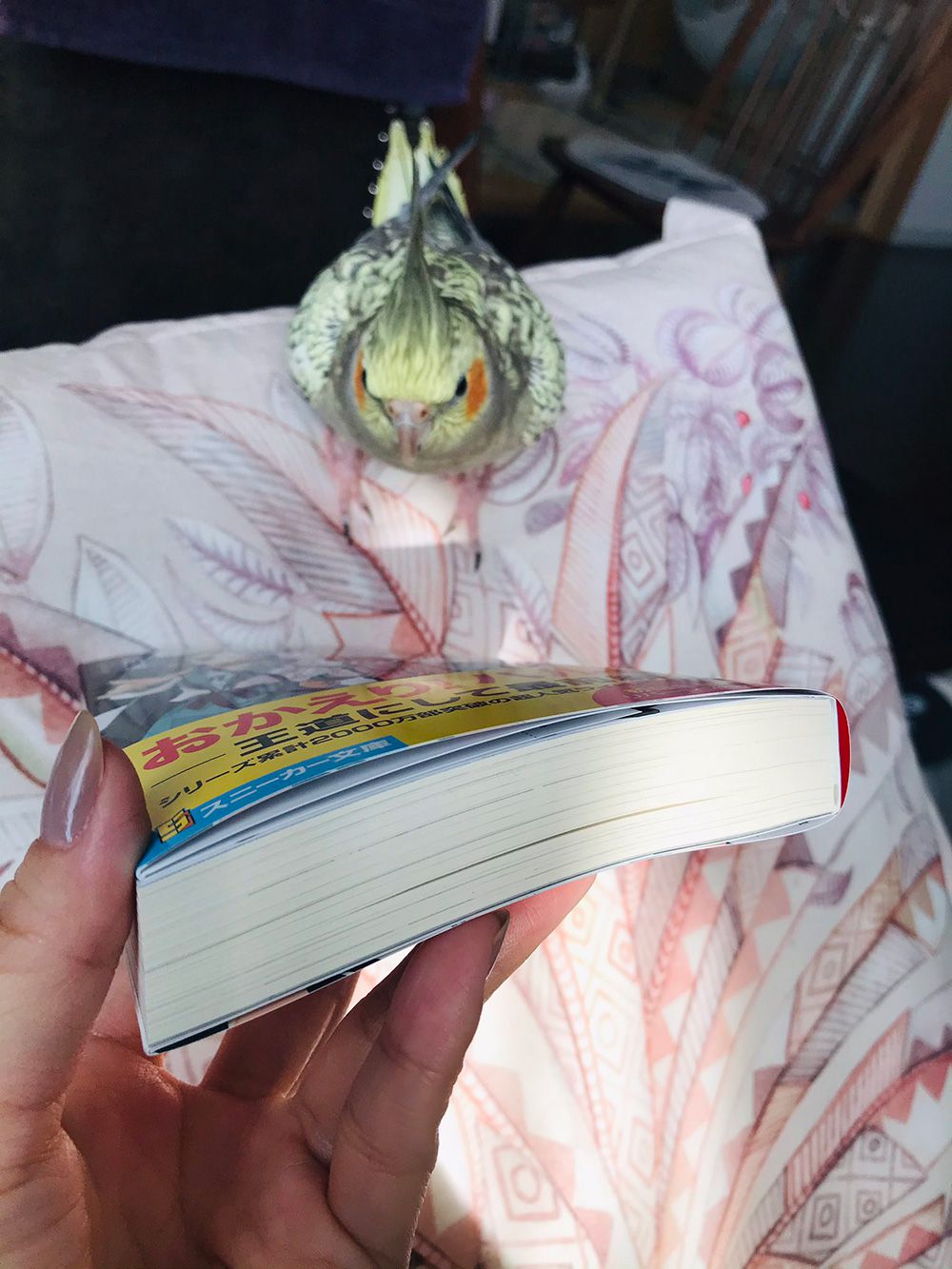 The series’ official Twitter account has revealed that the upcoming light novel volume will be 432 pages long. The volume will contain three short stories, one of which, Tsuruya’s Challenge, is 250 pages long by itself. The other two stories will be Seven Wonders Overtime and Guesswork Numbers.

The last two short stories were already released, the first being online and the second being part of the 2013 artbook. Tsuruya’s Challenge will be a brand new story.

The upcoming volume, which will be the franchise’s 12th official light novel, will release on November 25th. North American publisher Yen Press has also announced that the novels will be released digitally on their platform on the same day, for a simultaneous release. 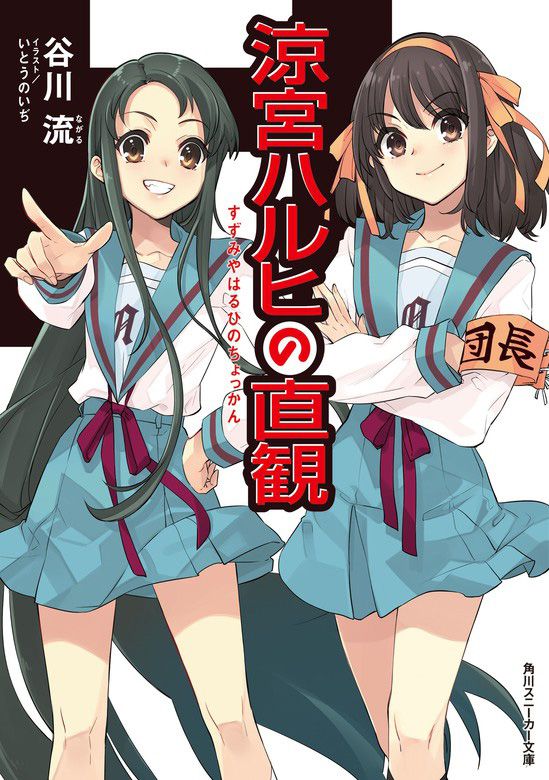 The Melancholy of Haruhi Suzumiya (Suzumiya Haruhi no Yuuutsu) is a light novel series written by Nagaru Tanigawa and illustrated by Noizi Ito. The novels began in 2003 and were originally published as short stories in Kadokawa Shoten’s The Sneaker magazine. Since then the short stories have been compiled into 11 light novel volumes; the 11th volume released in May 2011 (which was translated in November 2013). The series was adapted into a TV anime in 2006 from Kyoto Animation (K-ON!, Clannad) and directed by Tatsuya Ishihara (Clannad, Hibike! Euphonium). It was followed by a second season in 2009 and a film, The Disappearance of Haruhi Suzumiya, in 2010. A spin-off manga titled The Disappearance of Nagato Yuki-chan (The Vanishing of Nagato Yuki-Chan) was produced since 2009 by Puyo and was adapted into a TV anime in 2015. 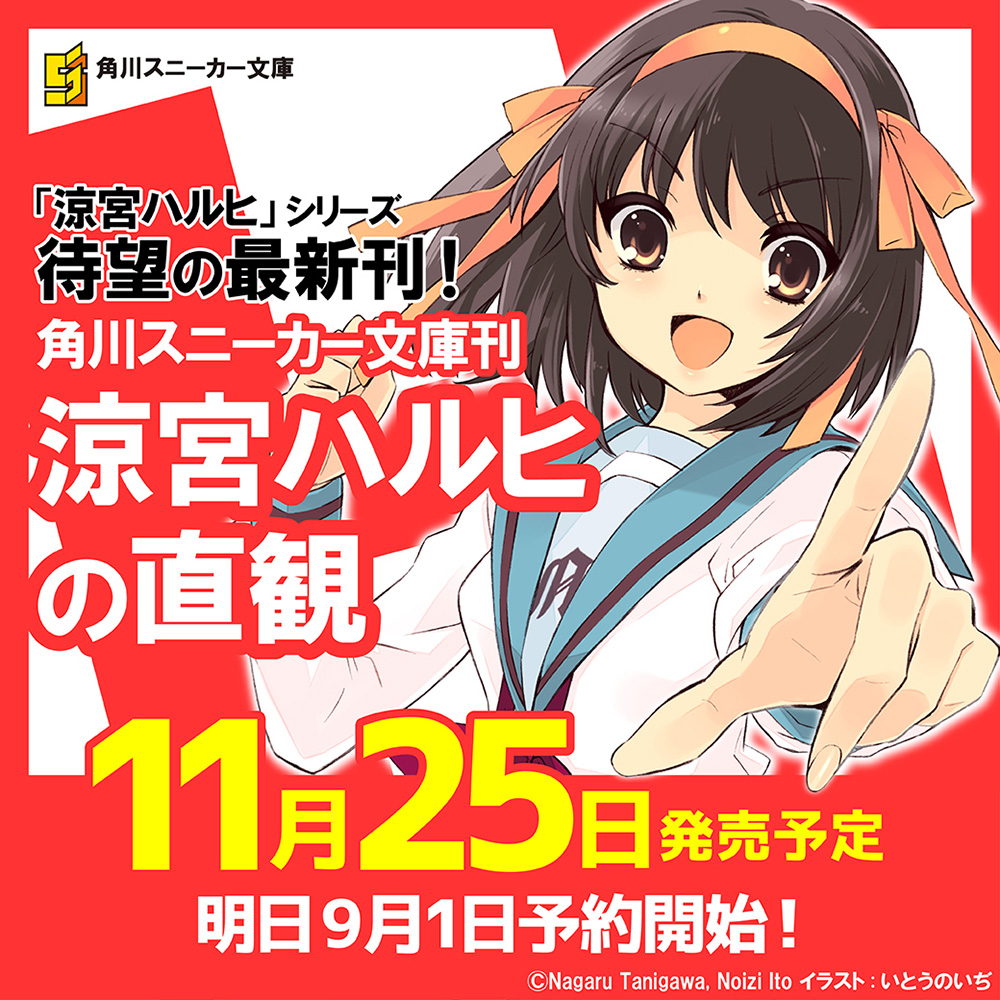