Japanese publisher Fujimi Shobo has announced that Suzu Enoshima and Eihi’s Tsundere Akuyaku Reijou Liselotte to Jikkyou no Endou-kun to Kaisetsu no Kobayashi-san (Endo and Kobayashi’s Live Commentary on the Villainess) light novel is being adapted into a TV anime. Further details about the adaptation will be revealed at a later date. 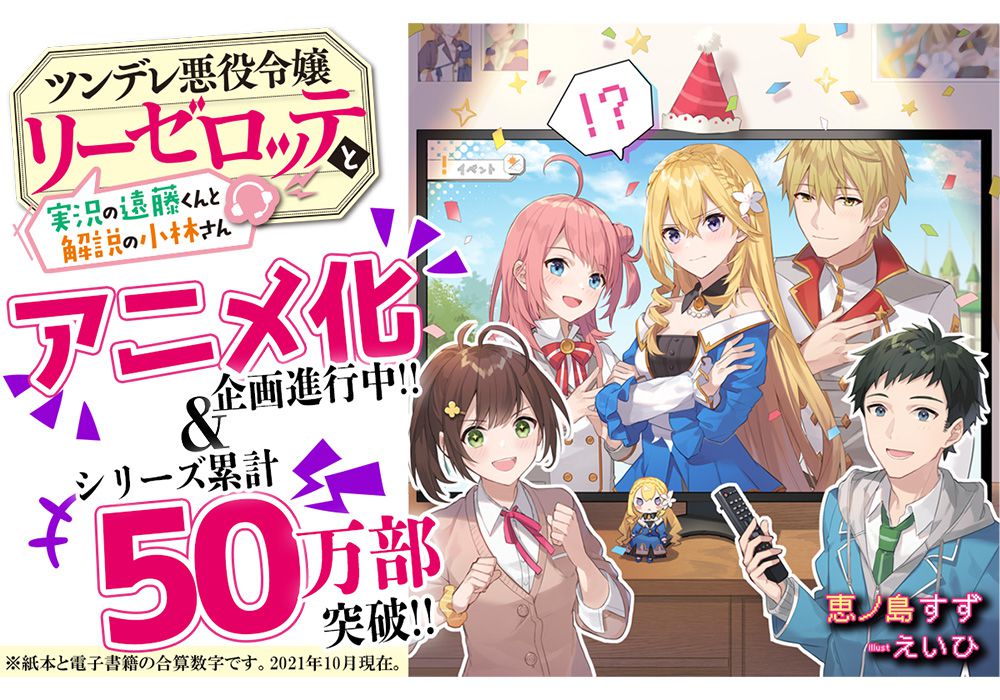 Tsundere Akuyaku Reijou Liselotte to Jikkyou no Endou-kun to Kaisetsu no Kobayashi-san (Endo and Kobayashi’s Live Commentary on the Villainess) is a romantic comedy light novel series written by Suzu Enoshima and illustrated by Eihi. The series originally began as a web novel, where Enoshima published the story online on Shousetsuka ni Naro. It ran from late 2018 til early 2019. The series was then adapted into a live novel format, published by Fujimi Shobo under their Kadokawa Books imprint. The series had a total of 2 volumes published, starting in April 2019 and finishing its run in August that year. A manga adaptation of the series has been serialized since mid-2019 and has a total of 4 compiled volumes to date. The manga is published by Enterbrain in their B’s Log Comic magazine.

One day, Crown Prince Sieg hears the Voices of the Gods out of the blue. Apparently, his fiancée Lieselotte is a “tsun de rais” villainess destined to meet her demise…and her sharp tongue is just a way of covering up her embarrassment. The prince can hardly contain himself after discovering Lieselotte’s adorable hidden side. Little does he know, the heavenly beings that bestowed this knowledge unto him are actually high schoolers! Can he use their divine prophecy (let’s play commentary) to save his betrothed and avoid a Bad End?! 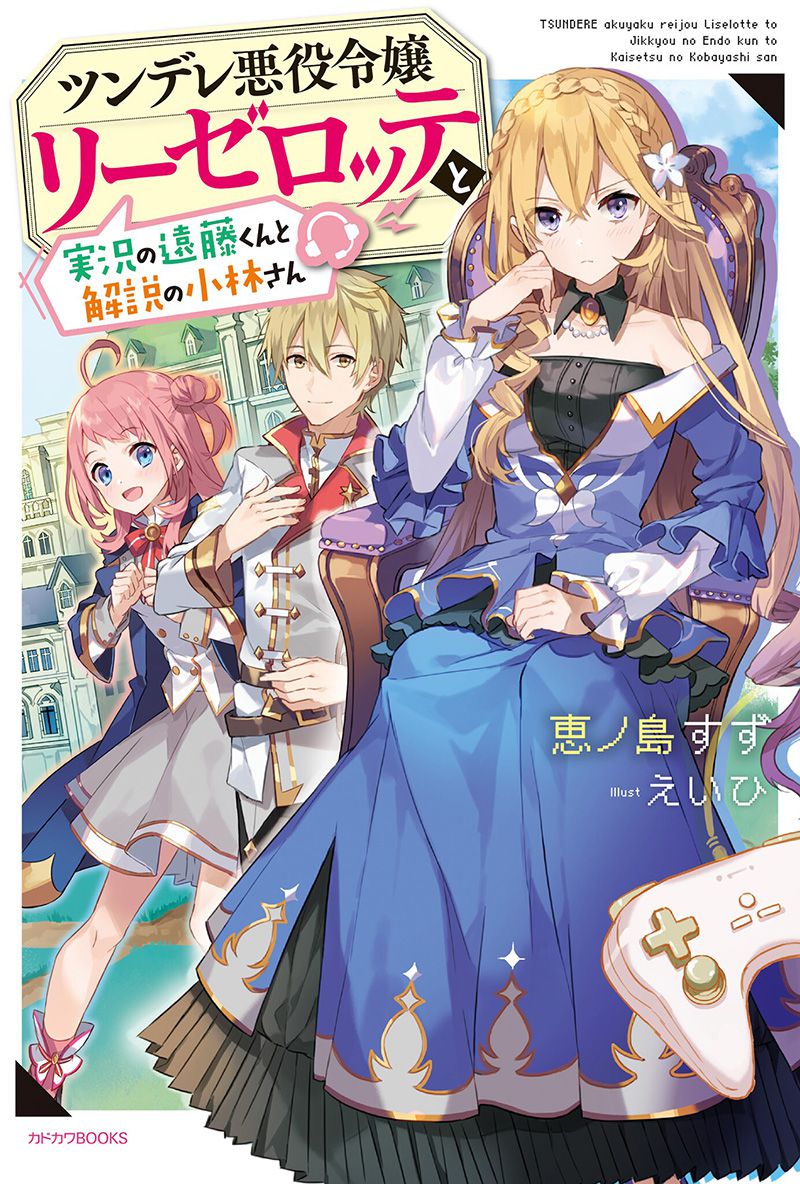 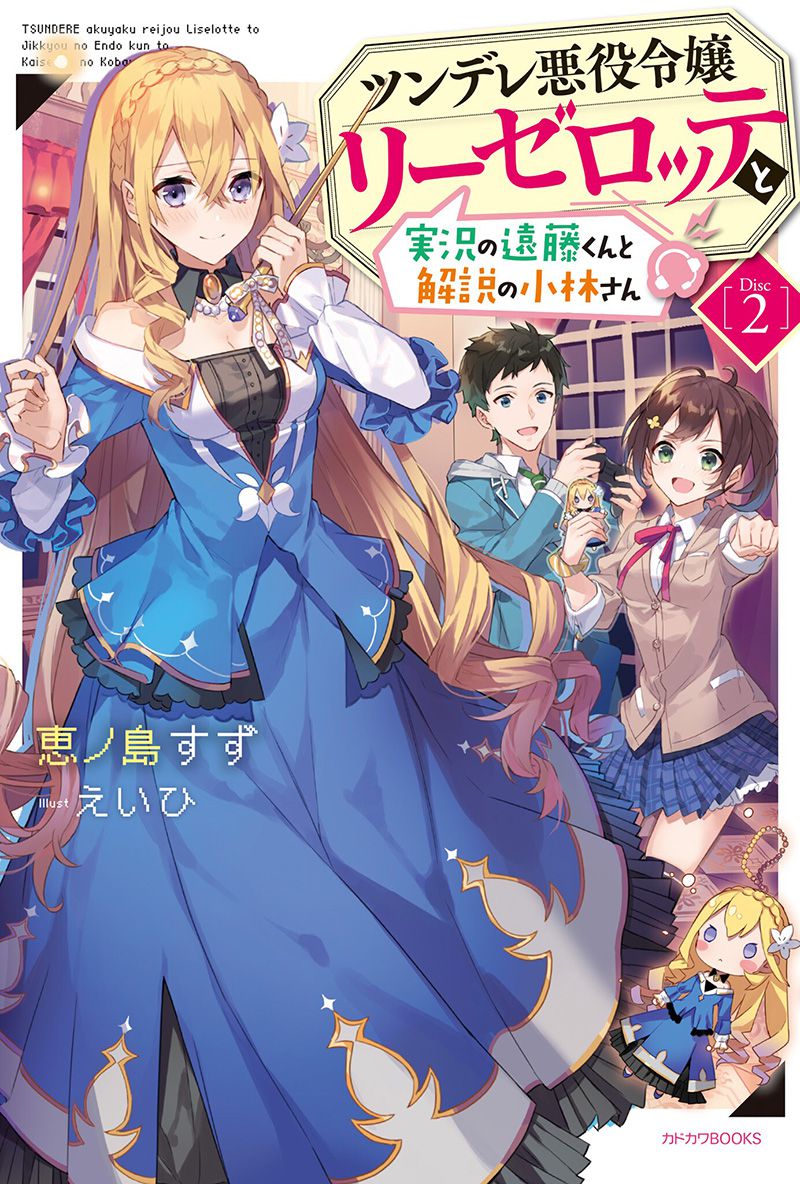 A TV anime adaptation of Tsundere Akuyaku Reijou Liselotte to Jikkyou no Endou-kun to Kaisetsu no Kobayashi-san has been announced and is in production.