Update: A promotional video for the campaign was released.

We have reported earlier this week that a new mystery campaign surrounding the series The Melancholy of Haruhi Suzumiya has started. The campaign involved users finding 707 special illustrations around Japan and uploading to a website, http://haruhi.com/. At the time of our previous report, the website was restricted to the site’s administrator. But now the website has officially launched. 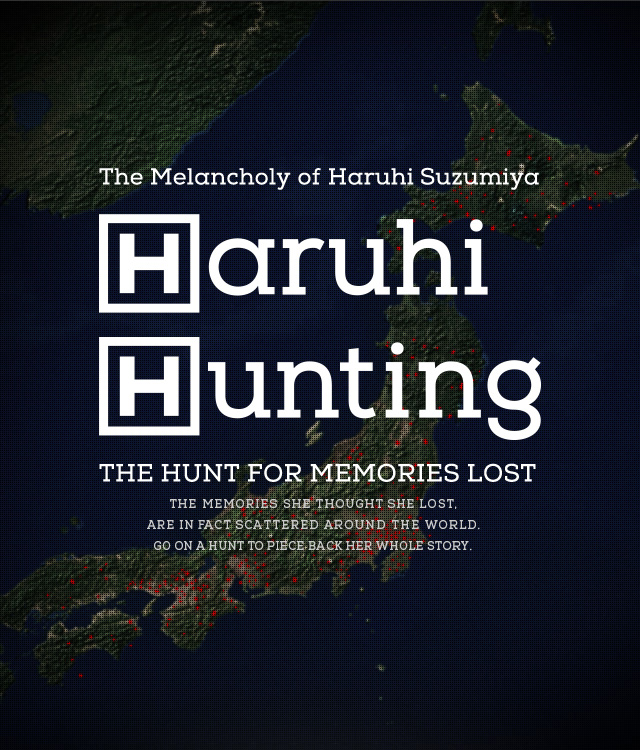 The site is titled Haruhi Hunting, after the fact that people had to hunt for 707 images of Haruhi and co. If a person has found an illustration they must navigate to this page and upload a photo of the illustration. You can also take the photo and upload it from your computer. Also, do note that the website tracks your location.

At the time of writing, there has been 4 illustrations spotted and uploaded. 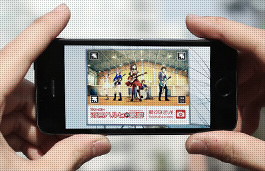 The website also has small details on what the announcement would be when all illustrations are found. All the preview images on the website showcase Haruhi and her SOS Brigade with microphones and instruments. Additionally, the site has the logos of Newtype magazine, a monthly magazine covering anime and manga news, and Sankyo. Sankyo is one of Japanese largest pachinko (gambling machine) manufacturers, and have produced many anime and game themed pachinko machines under their fever lineup, such as Code Geass. Sankyo have already announced that a Haruhi pachinko is releasing in July.

One final piece of information from the site is that a video will be releasing on June 1st. 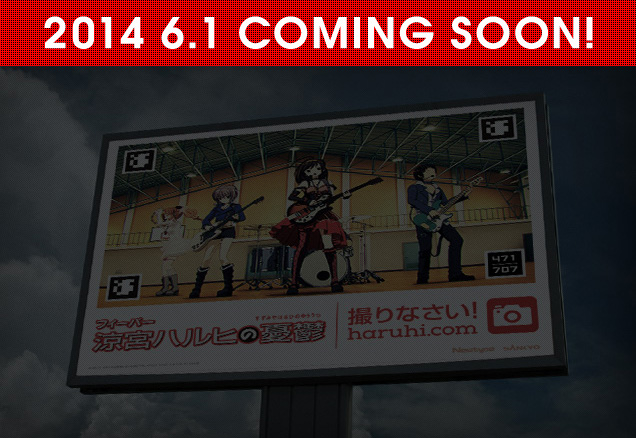 A lot of speculation can be made for what happens when all 707 illustrations have been uploaded. Whether it is indeed a promotional campaign for Sankyo’s Haruhi pachinko in July or something more grand, we can only speculate.