Namco Bandai Games Japan have released their spin-off mobile game, Tales of Asteria on the Japanese Google Play store earlier in the month, with an update being released a couple days earlier. The game is currently onlt available for Android devices with the IOS version being scheduled to release later this Spring. 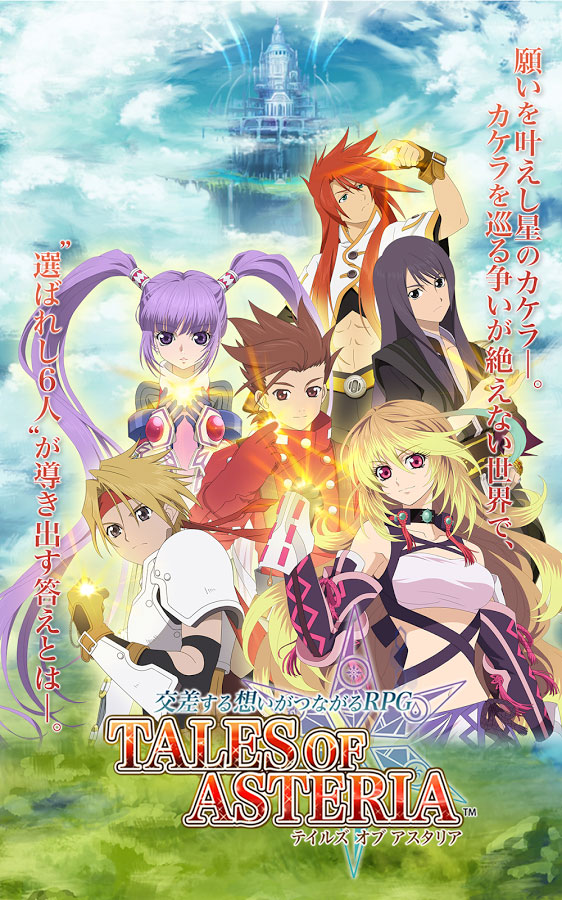 Tales of Asteria is a spin-off title in the JRPG series that features heroes from previous Tales of games. It is a free to play mobile game with in app purchases, and features side scrolling slash gameplay where players can switch between a party of characters. These are currently available in the game:

The game also features an opening cutscene animated by WiT Studio, who animated the popular anime series Attack on Titan (Shingeki no Kyojin).

Here is a video of the game in action:

Since its release, the game has gotten quite popular. The game reached the top 50 apps on the Google Play Store for Japan within a week, and eventually reaching the top downloaded free app. The game currently sits at #17 for top downloaded overall app.

Additionally, the official website of the game has updated with a new image about the character Sophie, from Tales of Graces ƒ. 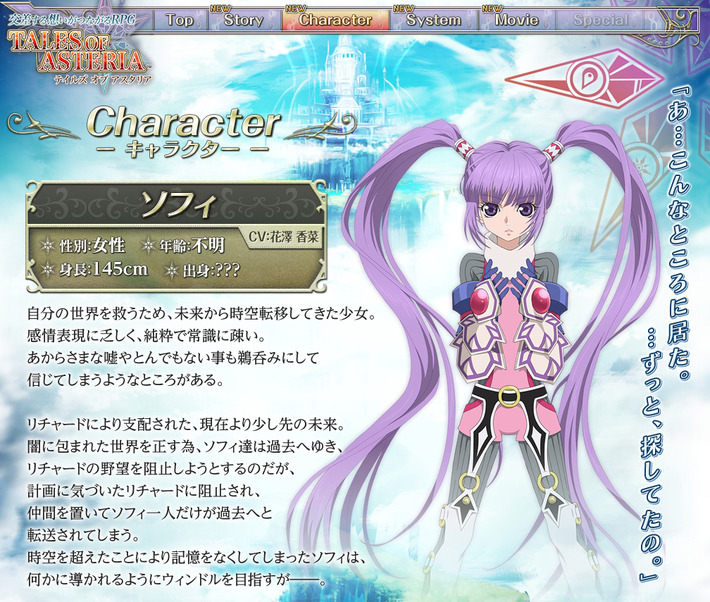 Here are some screenshots of the game from the official store page: 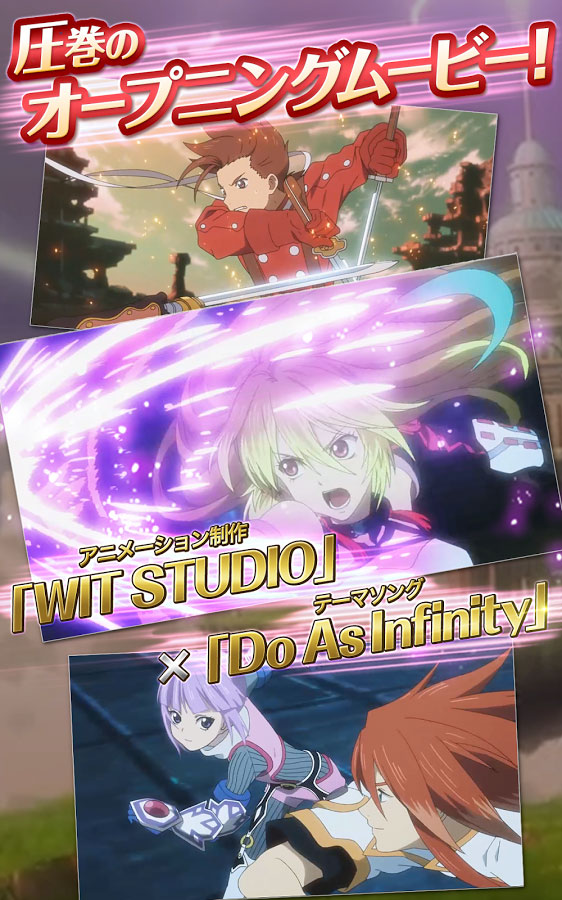 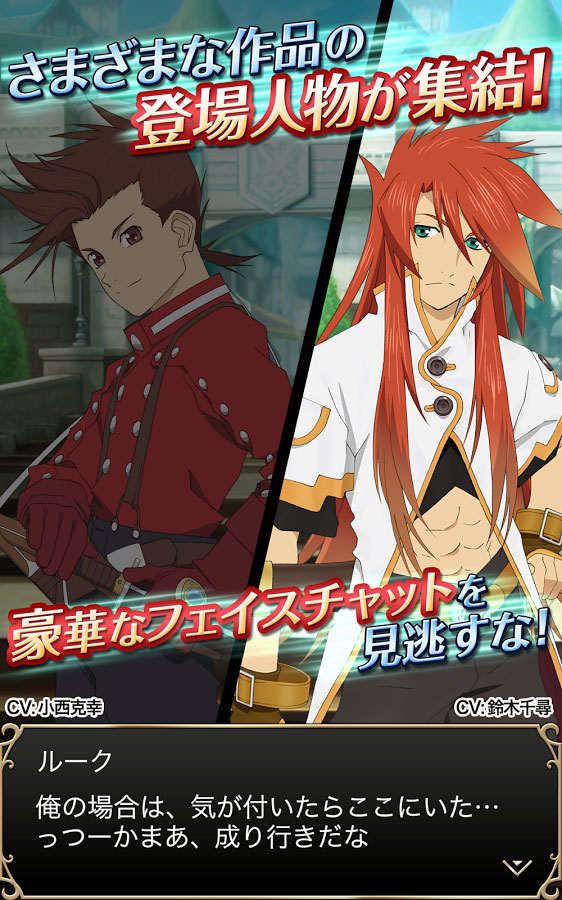 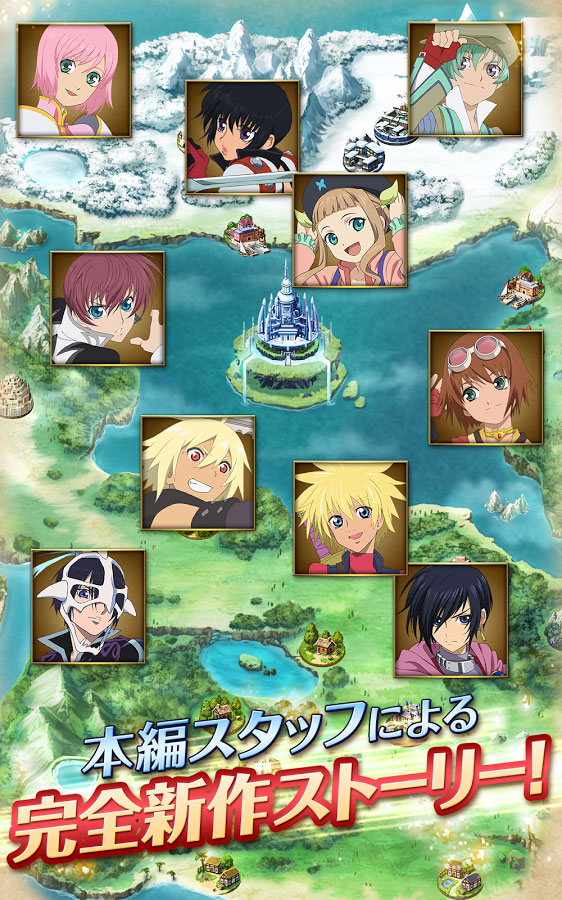 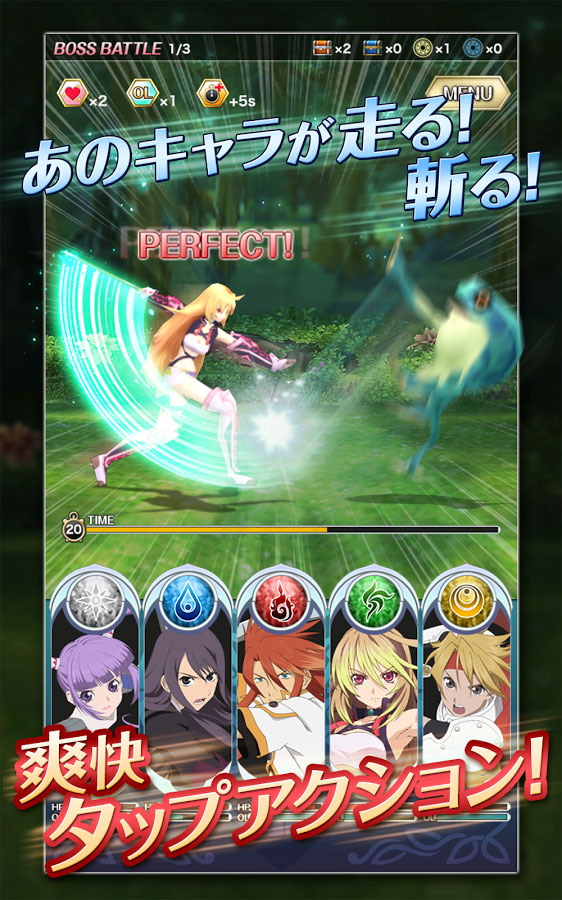 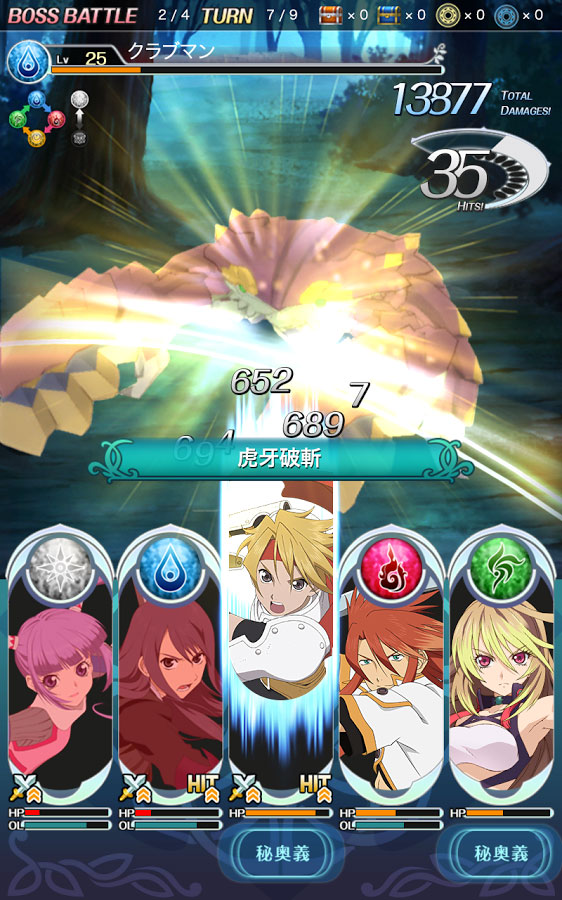 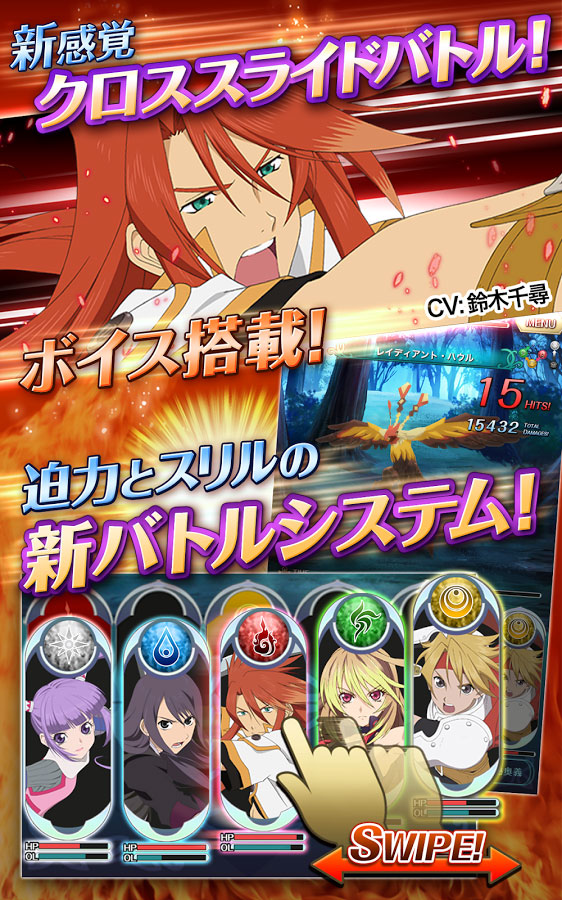 The Tales of. started in 1995 with the release of Tales of Phantasia on the Super Famicom (SNES). The game was developed by Wolf Team, who are now known as Namco Tales Studio and published by Namco. The game received a positive reception and has allowed more games in the series to be developed. To date, there are fourteen games in the main series with over 10 spin-off titles. While the Tales of. enjoys high sales within Japan, the popularity of the series overseas has been rocky. Though, in the last decade the series has been gaining more popularity outside of Japan. There are also four anime series based on separate entries in the series, as well as an animated film, Tales of Vesperia: The First Strike, released in 2009. To date, Namco Bandai has announced that the series has sold over 15 million titles. Namco Bandai has also recently announced the next main instalment in the franchise, Tales of Zestiria for the PlayStation 3.

There has been no information about the game releasing outside of Japan. The game will release on the Apple App store in the upcoming weeks, and the game is currently out for Android at version 1.02. You can visit the official store page here.