The official website of the TV anime adaptation of Saki Nakagawa’s Attack on Titan: Junior High (Shingeki! Kyojin Chuugakkou) parody manga has revealed that the series will begin its October on the 4th. In addition to the air date, the site has also revealed a brand new promotional video. 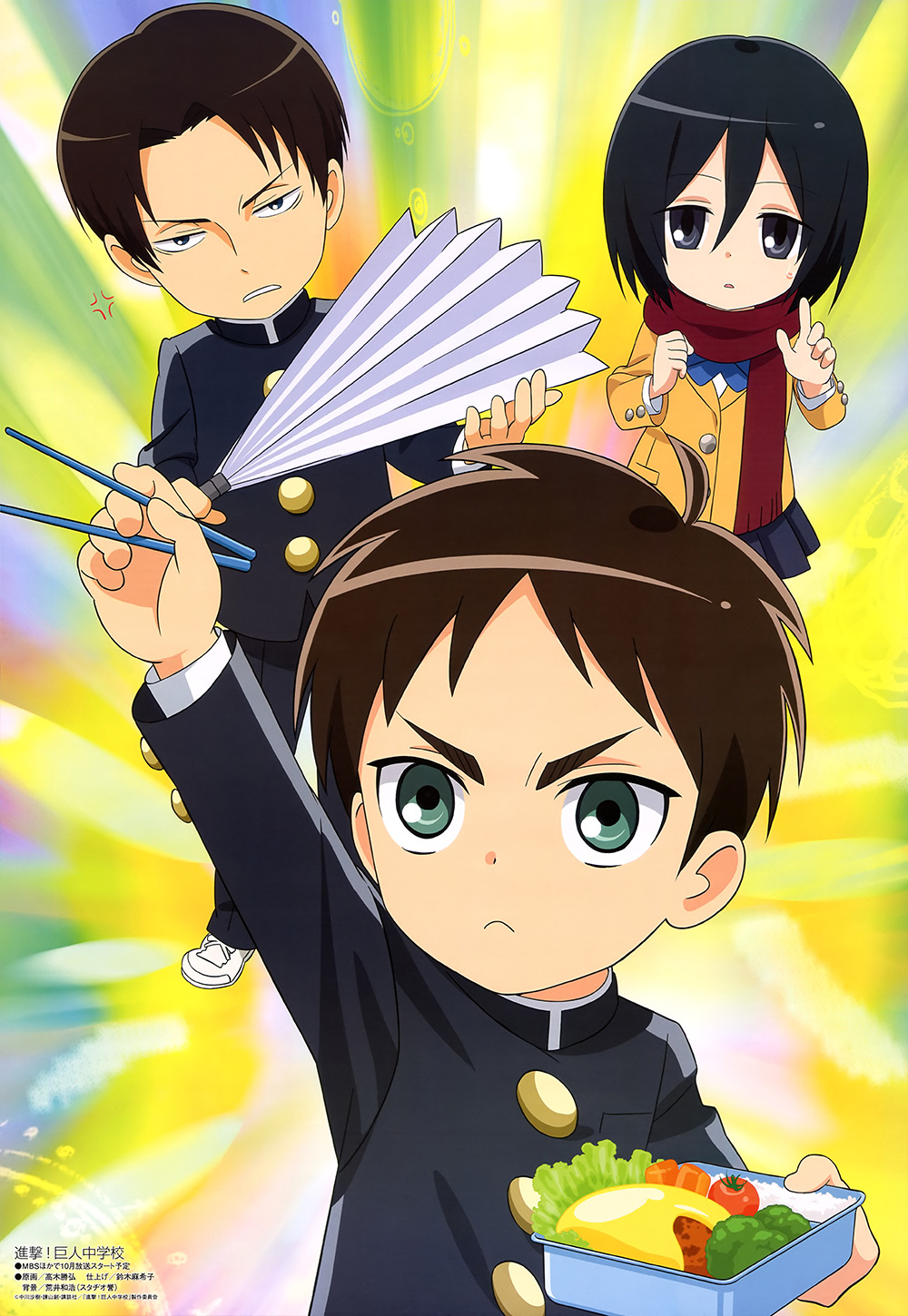 The manga itself is a parody of Hajime Isayama’s Attack on Titan (Shingeki no Kyojin) where, as the title implies, follows the main characters of the series as if they were attending a school, Titan Jr. High. The anime will start its broadcast on Sunday, October 4th at 1:58am JST on MBS. The anime will then air on the 5th at 1:50am JST on RKK, and on Tokyo MX later on at 11:30pm JST.

The second promotional video of the anime was also revealed, which shows off the wacky series: 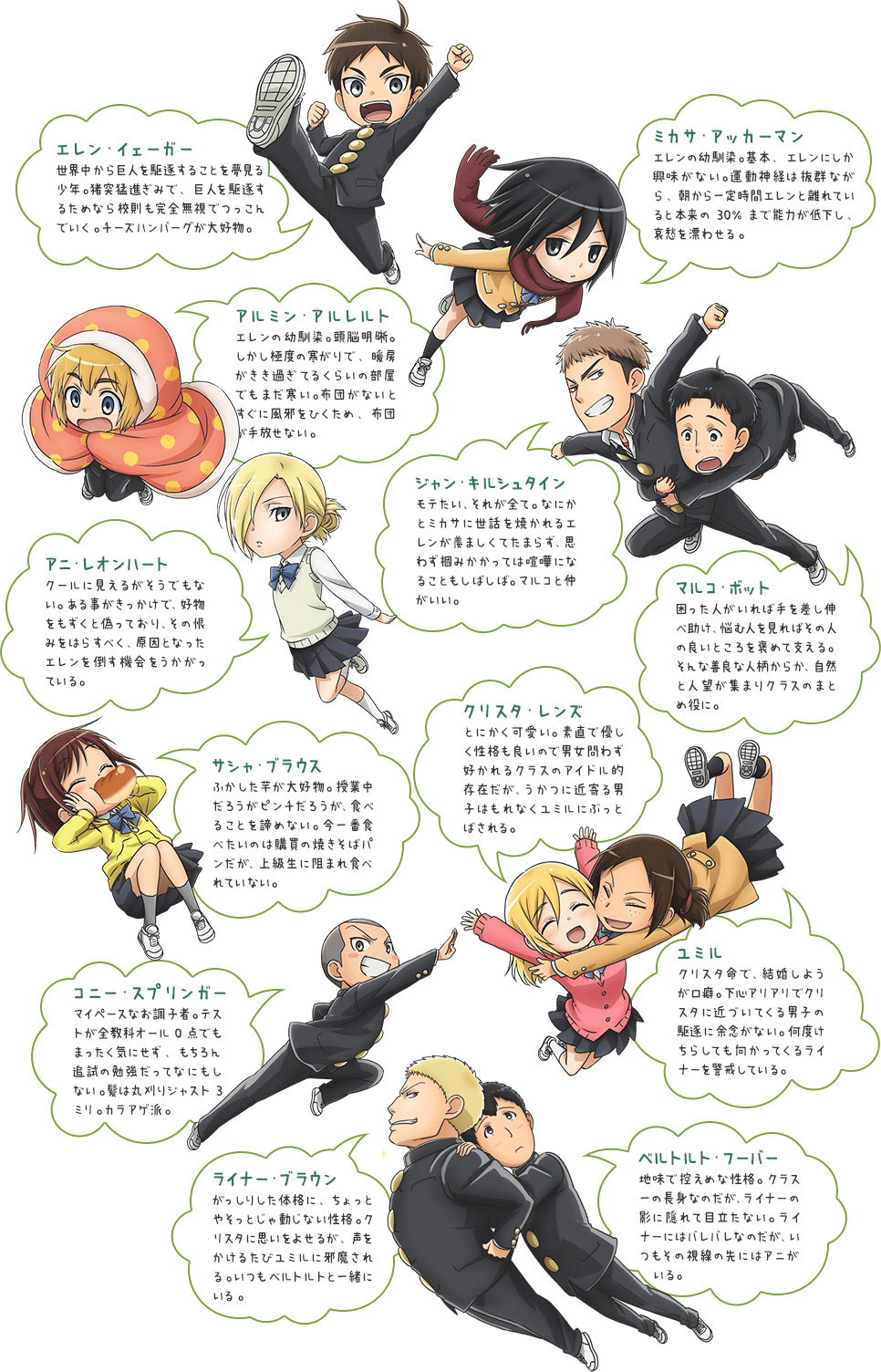 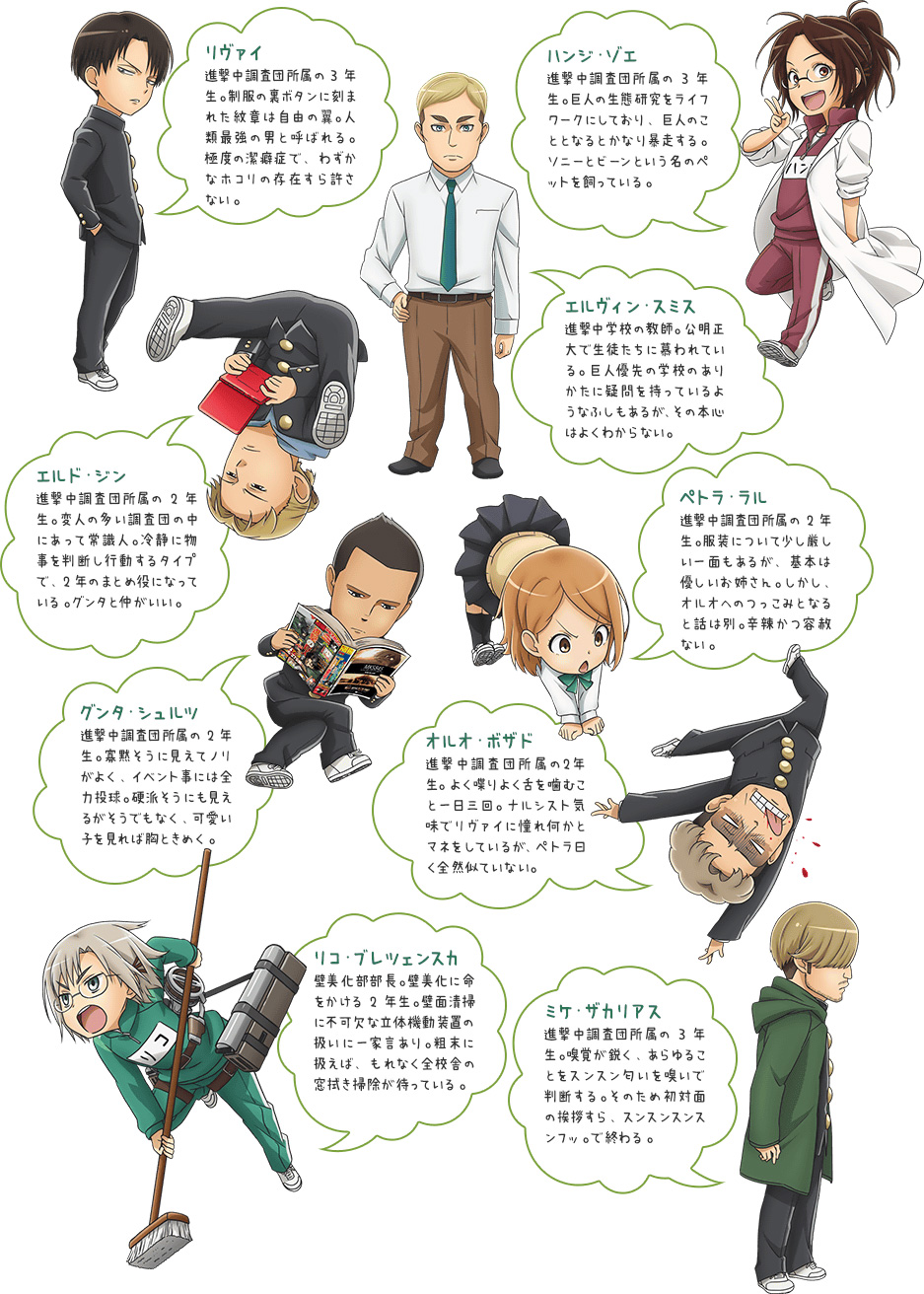 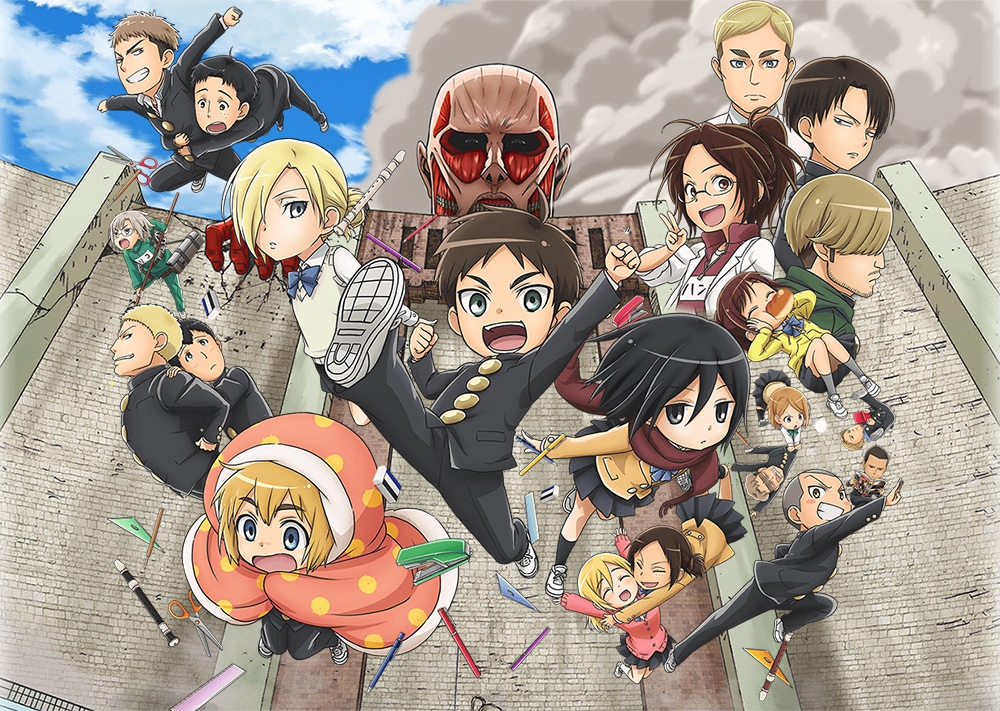 The Attack on Titan: Junior High TV anime adaptation will begin its broadcast on Sundays, starting October 4th on MBS at 1:58am JST, during the Fall/Autumn 2015 season. Additional information about the series will be revealed very soon.