In a small preview of the upcoming issue of Dengeki G’s magazine, the main cast members of the new idol group in the announced Love Live! Sunshine!! have been revealed. In addition, the names of the new characters have also been unveiled. 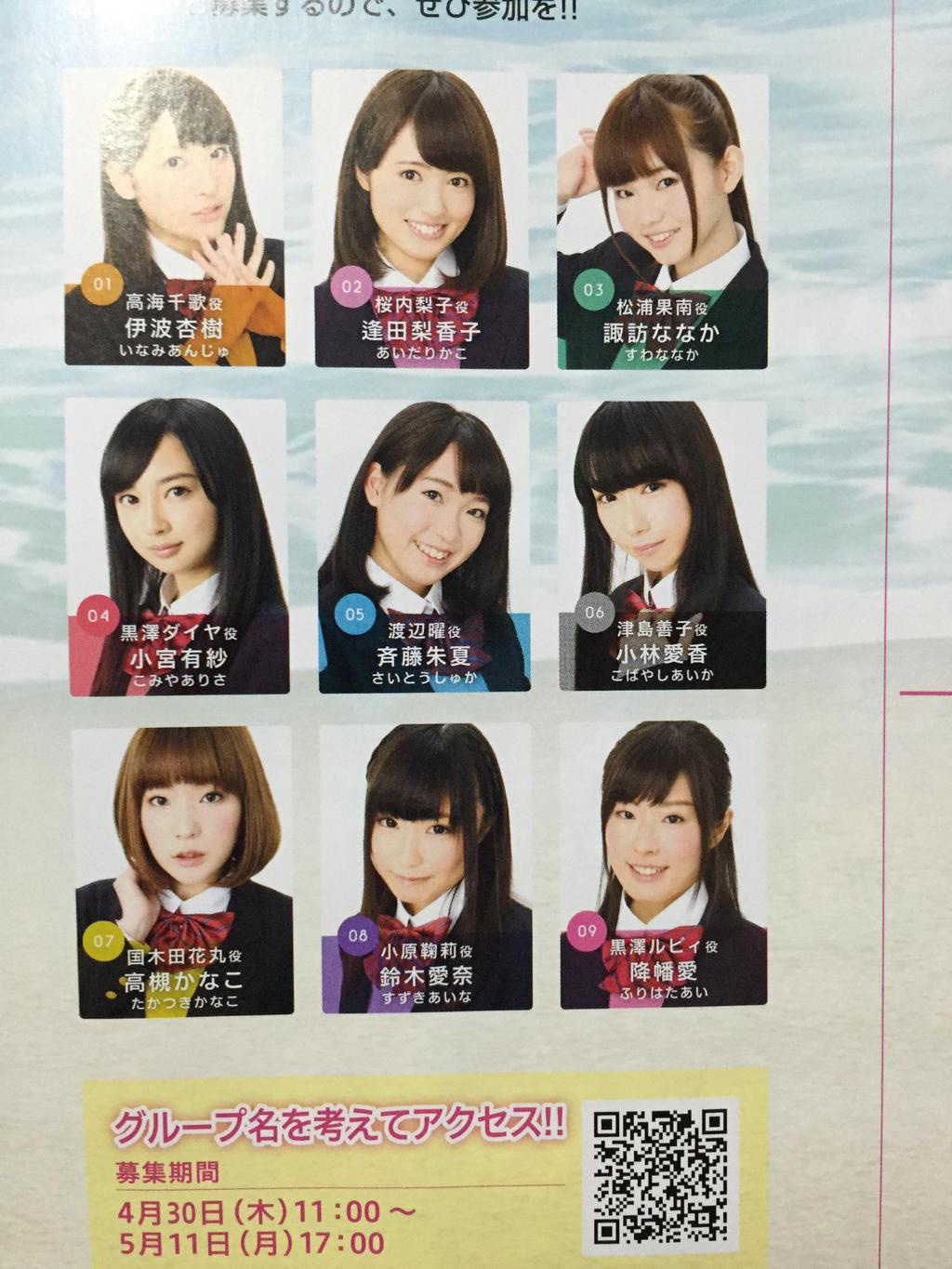 The main cast and the names of the characters appearing in the Love Live! Sunshine!! have been revealed. The nine members of the new idol group in the project includes (following the above image’s order): 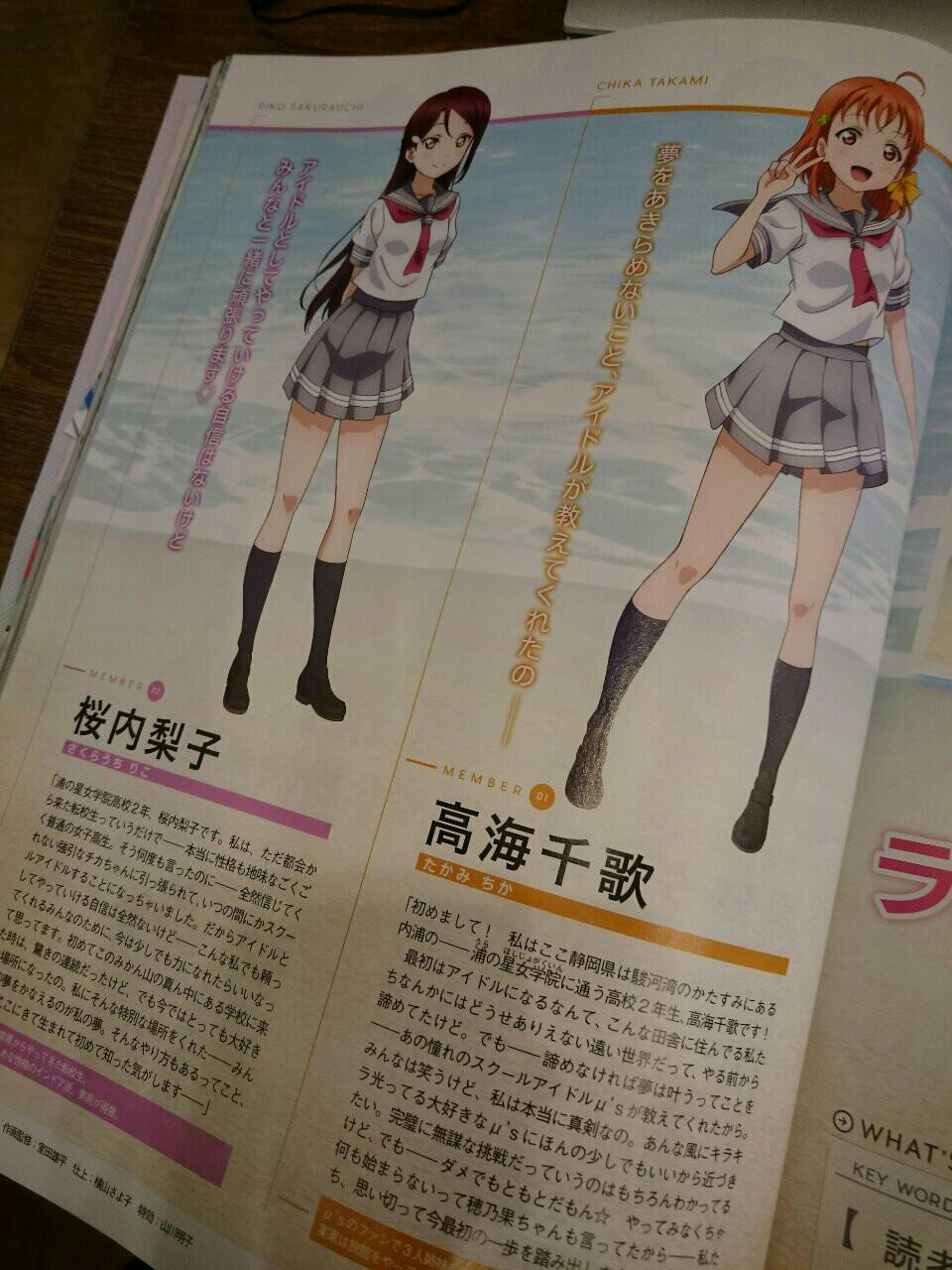 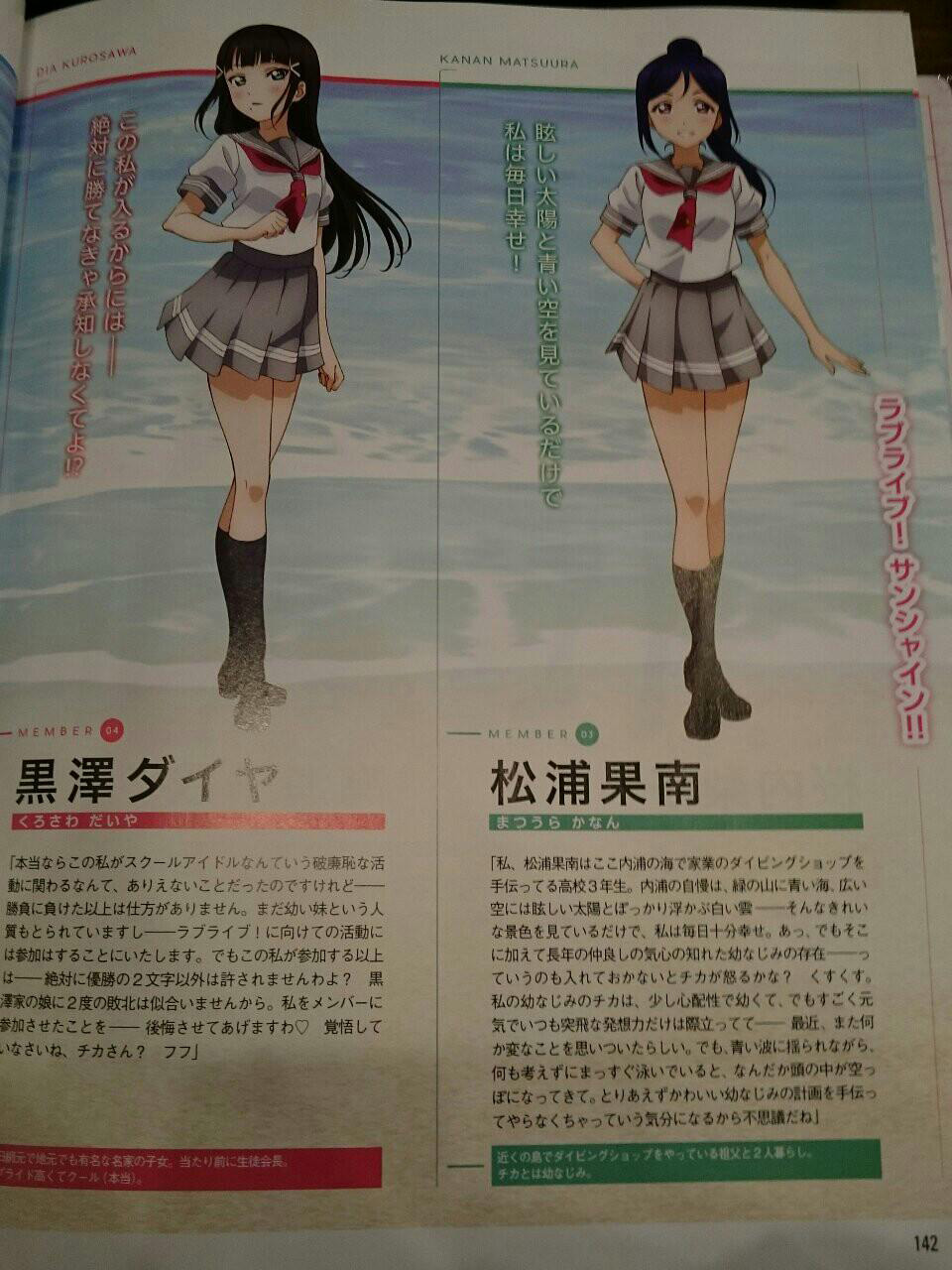 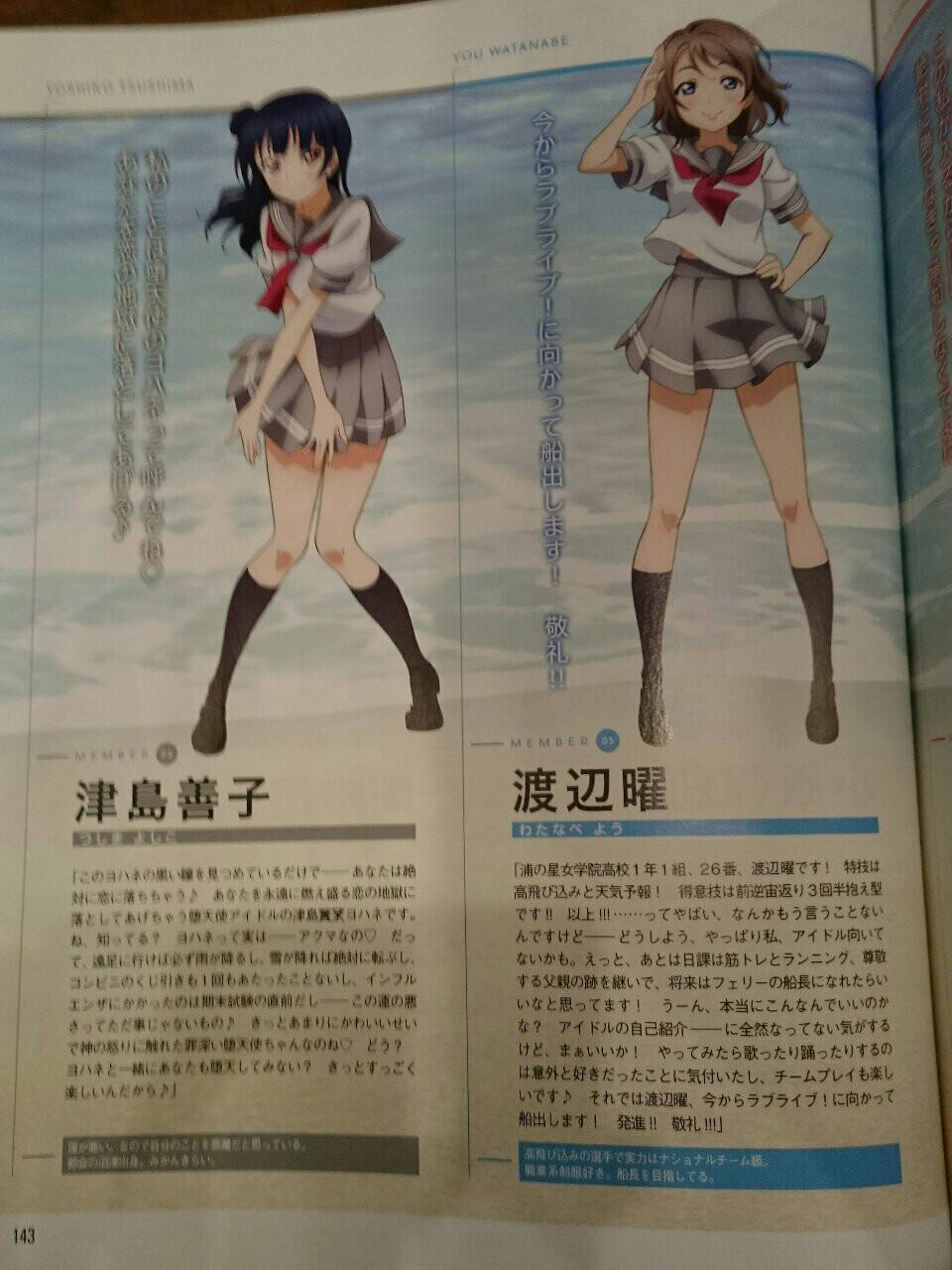 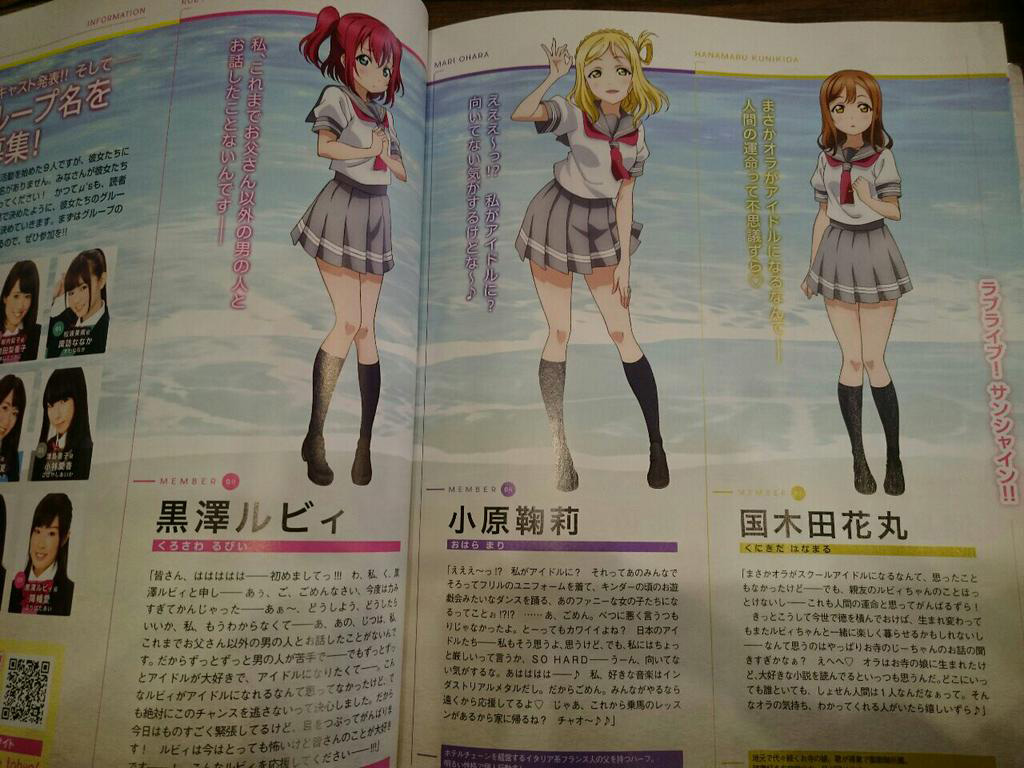 Still not much is known about Love Live! Sunshine!! If it were to follow route as Love Live! School Idol Project, a series of songs and albums will be produced, followed by various media adaptations including an anime series. Further information about the new project will be revealed in the upcoming Dengeki G’s issue.