This week’s episode of the anime adaptation of Yuuto Tsukuda and Shun Saeki’s Shokugeki no Souma (Food Wars: Shokugeki no Soma) manga is only a recap episode, as the series will take a one week break before returning next week for episode 15. Additionally, the anime’s website has revealed a new visual for the series’ second cour. 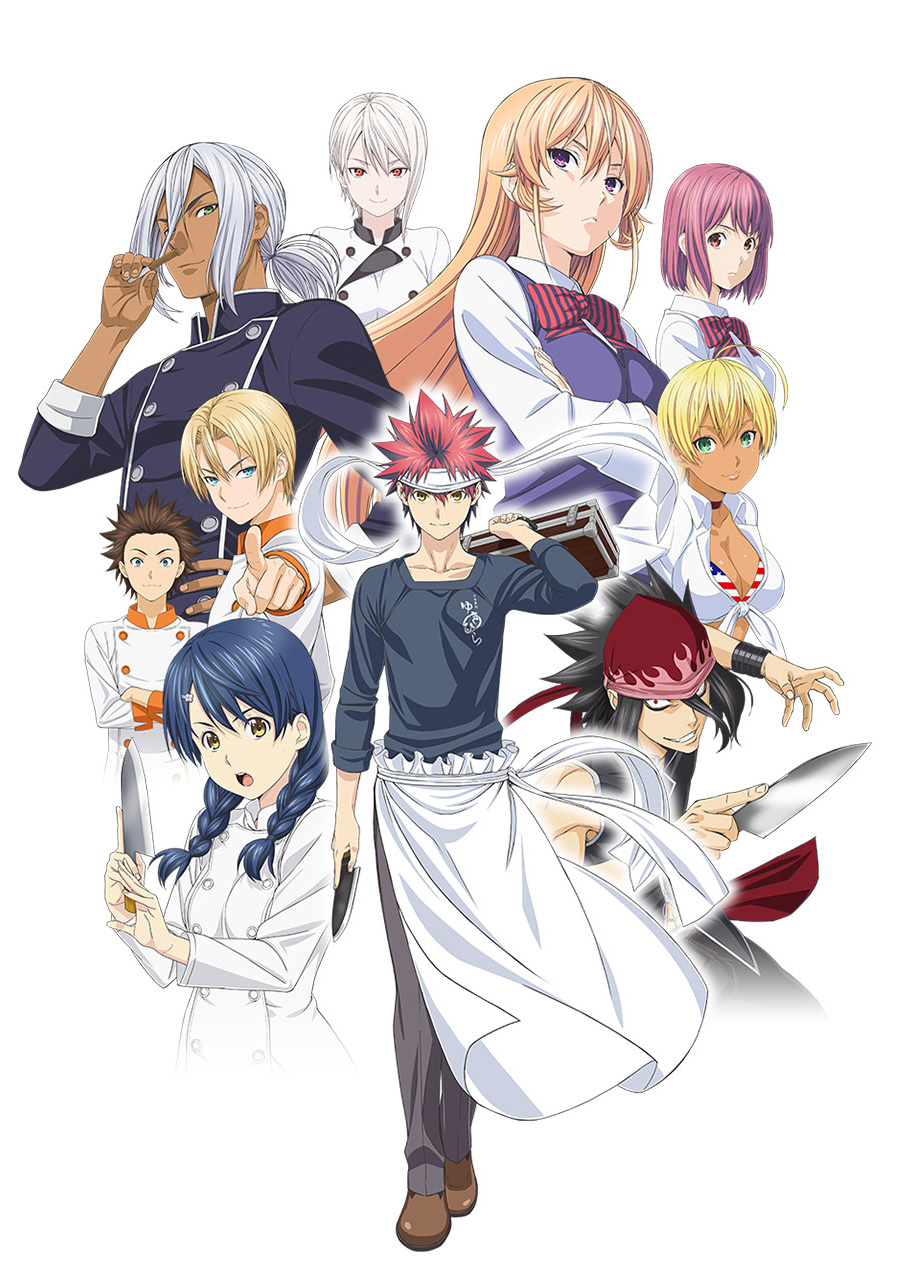 With the series being a 2 cour anime, the week during the start of the new season is generally used as a break, where either a recap episode is shown  or none at all. Today’s episode is a recap, known as 14.5. The next official episode of the anime will be episode 15, which will air on Saturday July 18th at 2:25am JST.

The next episode will also have a brand new Opening and Ending theme song. The OP will be Rising Rainbow performed by Misokkasu, and the ED will be the song Sacchan no Sexy Curry, sung by Seiko Oomori.

The preview video for the 15th episode was released at the end of the recap episode’s broadcast:

The Shokugeki no Souma anime is a 2 cour series airing for a total of 24 episodes, airing every Saturday at 2:25am JST on TBS. Episode 15 will air on the 18th.