The first visual image has been released for the upcoming 2017 TV anime adaptation of Hideaki Sorachi’s Gintama manga. The visual also reveals that the Opening theme song will be performed by ЯeaL and that the Ending theme will be by RIZE. 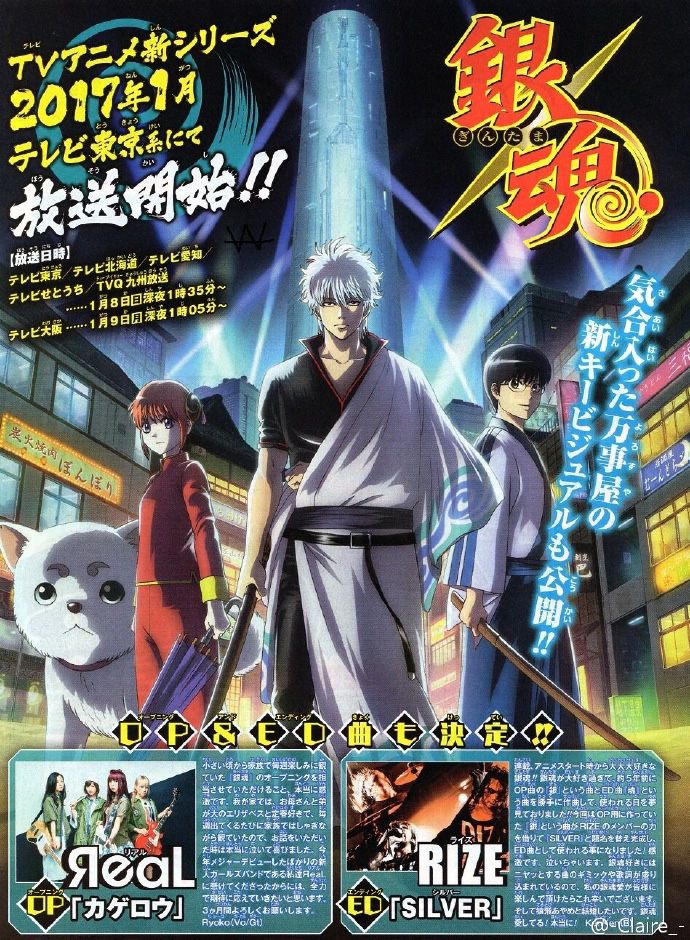 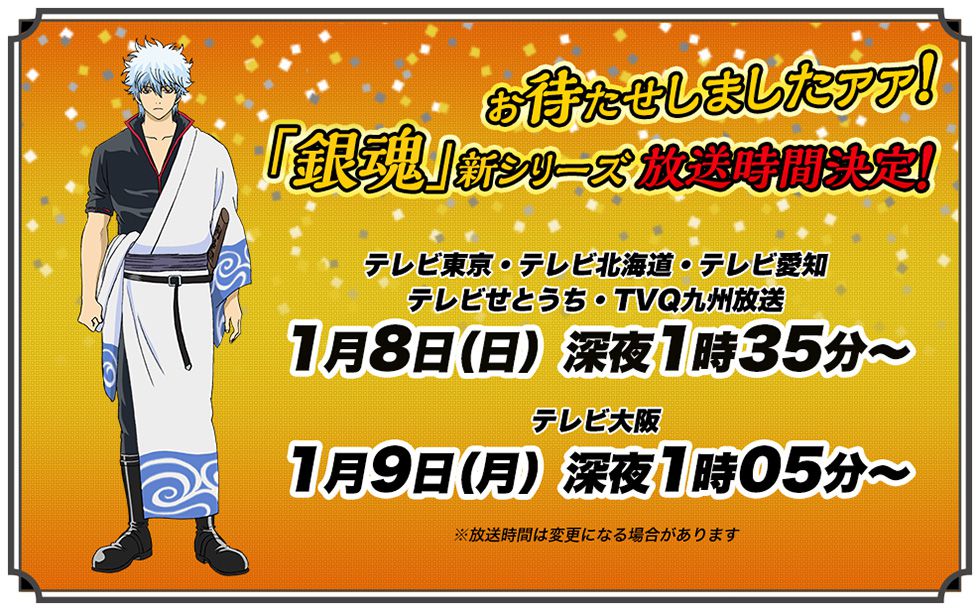 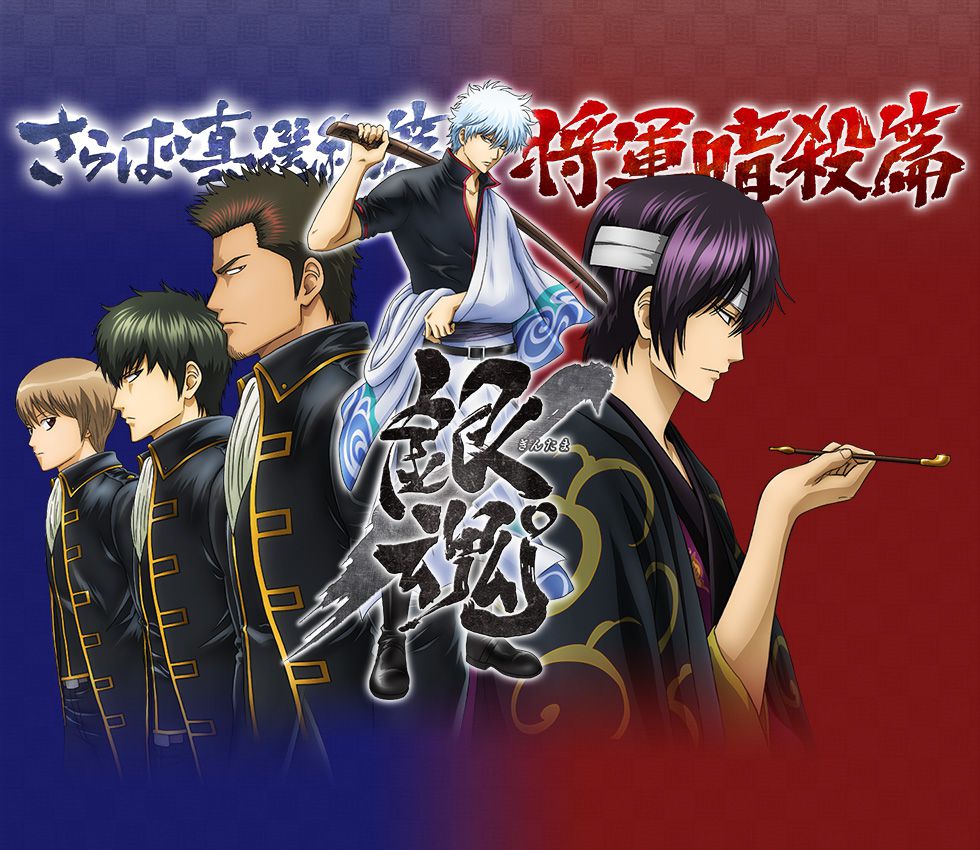