The city of Ogaki, Gifu, have announced a collaboration with the upcoming anime film adaptation of Yoshitoki Ooima’s Koe no Katachi (A Silent Voice) manga with two free special screenings of the film will be held on September 3rd. The collaboration has also revealed that the film may run for 150 minutes (2.5 hours).

There will be two sessions of the film’s special screening: a 9:30am – 12:00pm and a 2:00pm – 4:30pm session that will be free for locales. The length of each session is 150 minutes (2.5 hours), indicating that the length of the film to be around that time – of course advertisements might be played before the start of the movie. If this is correct, then it will be the second longest anime film from Kyoto Animation (Hyouka, Hibike! Euphonium) with the longest running film still being the The Disappearance of Haruhi Suzumiya (Suzumiya Haruhi no Shoushitsu) at 162 minutes (2 Hours 42 minutes).

The tourism department of the city will be promoting a special screening day of the Koe no Katachi anime film before its official domestic release on September 17. The reason for the collaboration is that the manga itself is set in Ogaki and has many locations inspired by real life places of the city. The aim is to allow viewers and fans of the series to go visit the city and explore those locations – commonly referred to as pilgrimage.

The tourism department has produced a series of images comparing panels from the manga to their real life counterparts.

The following images may contain spoilers for Koe no Katachi . 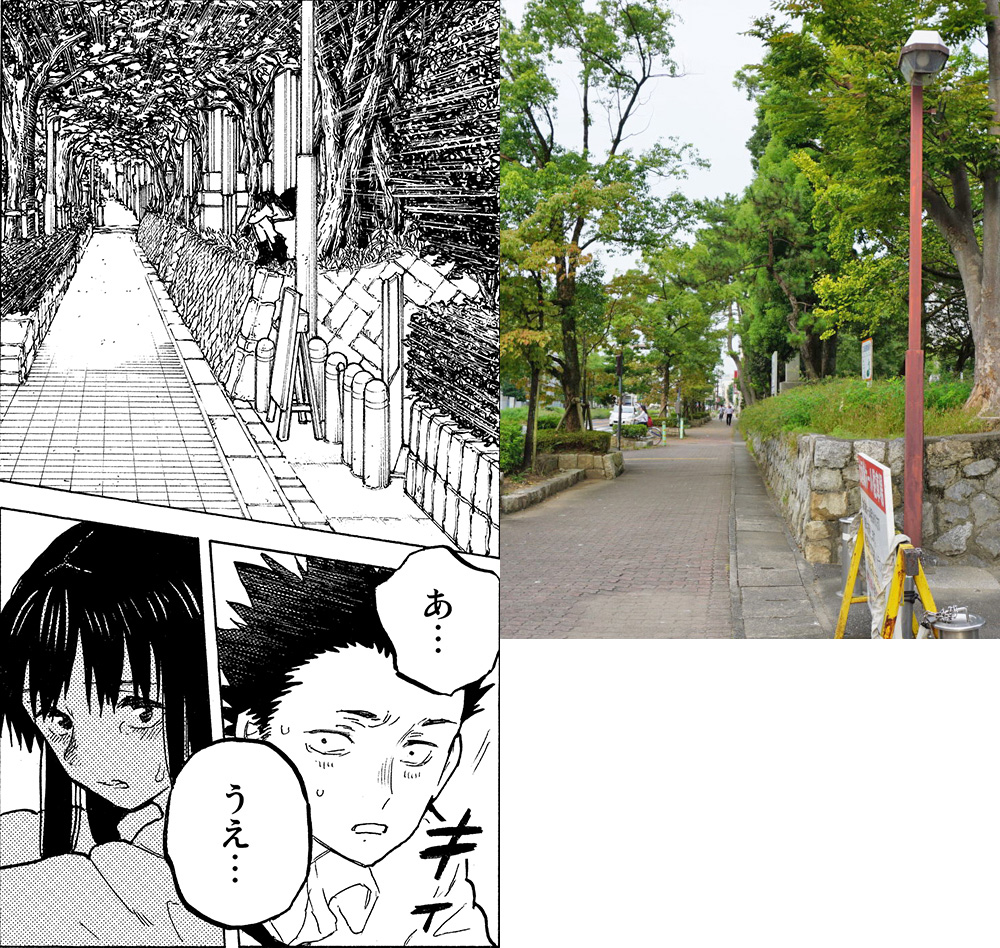 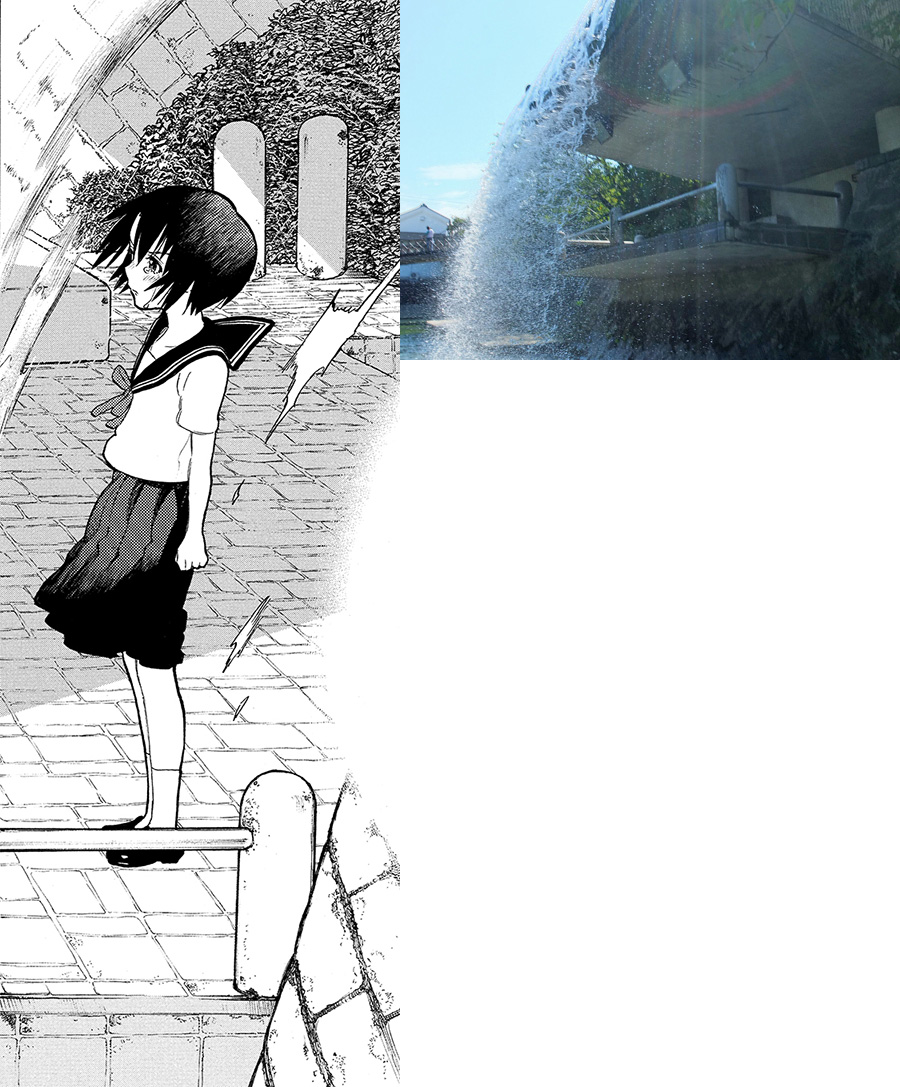 More of the film’s main cast have been revealed, alongside their updated character designs:

Here is the latest trailer that previews the main theme song of the movie: Ai wo Shita no wa from Aiko.

The Koe no Katachi anime film, produced by Kyoto Animation, is scheduled to release in Japan on September 17 this year. Additional information about the anime will be revealed at a later date.