Update: The Japanese release of the film will come with English subtitles.

An early look at an advertisement flyer has revealed that Makoto Shinkai’s record breaking Kimi no Na wa. (your name.) anime film will finally have a release date for the Japanese Blu-ray and DVD release: July 26, 2017. 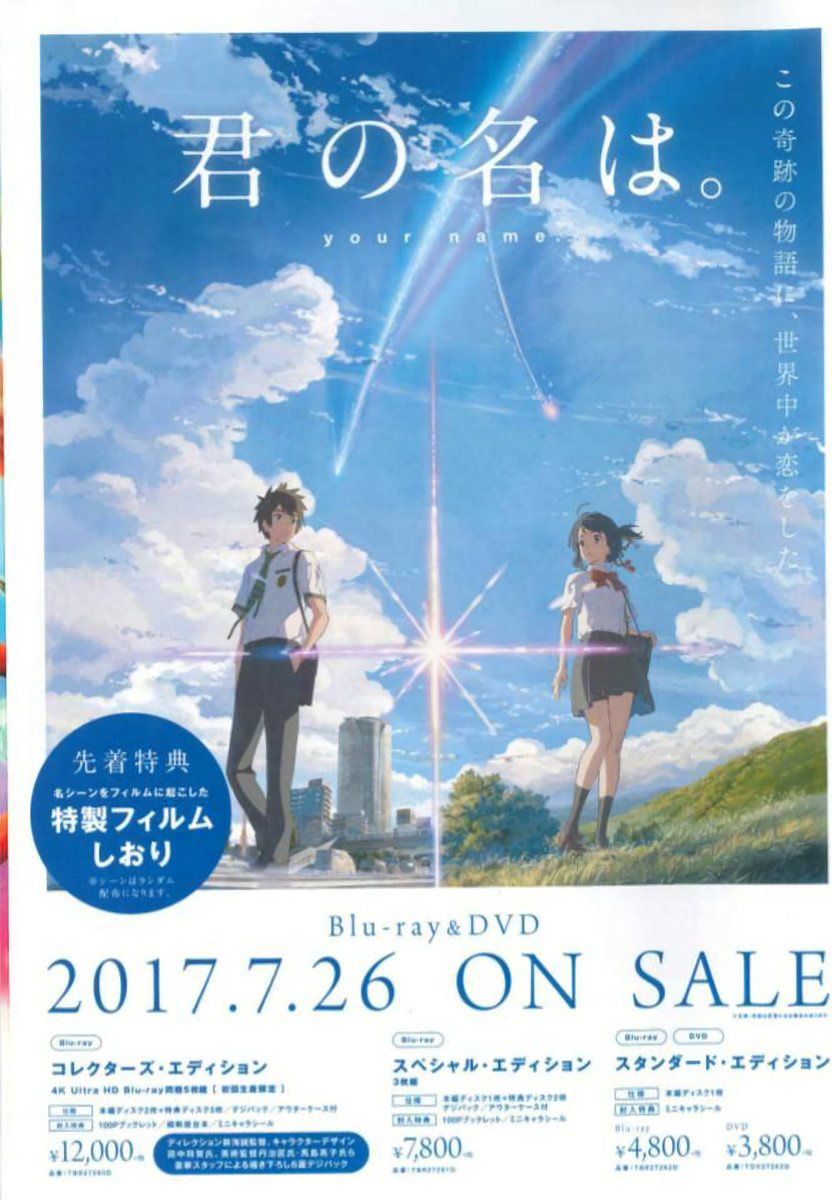 Releasing on Blu-ray and DVD on July 26 will be 4 different editions of Kimi no Na wa.

Next is the special edition that will include the film on Blu-ray, as well as 2 bonus disks.  It will also come with the 100 page booklet, stickers and a normal digipak. The special edition will retail for ¥7,800 (~ US$ 69.95) without tax.

Various stores and online outlets will offer special bonuses for pre-ordering the home media release of the movie. Further details about the bonuses will be revealed at a later date.

Kimi no Na wa. finally has a release date for the Blu-ray and DVD; coming to Japan on July 26. Further details about the home media release, and international releases, will be revealed at a later date.