With the recent North American launch and success of Kimi no Na wa. (your name.), director Makoto Shinkai released a video thanking all the fans who were finally able to see the movie in the states and hoping those who haven’t seen it will enjoy it. He also reveals that his next film will be out within the next three years.

Director Makoto Shinkai has a message for the North American viewers of #YourName.! ✨Thank you to the director for recording this message! pic.twitter.com/eeQ278YTsF

In the video he is happy that North American fans are finally able to see film and briefly describes it. He also hopes that fans are able to enjoy the film despite it featuring many traditional Japanese culture and crafts. But, he mentions that the overall story is something that everyone can enjoy, especially since him and his hard working staff spent two years on the film. He goes on to mention that he hopes that fans will also enjoy his next film, which he hopes to release before 2020.

Kimi no Na wa. has finally released in theatres across North America on Friday, April 7th. Distributor Funimation has revealed that the film has earned over $1.7 Million (~ ¥188 Million) at the North American box office across 303 screens in its opening weekend. Across the region, the movie has earned an average of $5,281 per screen, placing 4th in the week’s new releases and 13th in overall gross.

The North American release has the option for fans to see either the Japanese dub with English subtitles version or an English dub version (the main cast for both versions can be seen below).

Details about screenings can be found on Funimation’s website: http://www.funimationfilms.com/movie/yourname/

Kimi no Na wa. has broken numerous records where it has now been crowned the highest grossing anime film of all time. It has currently grossed over ¥33.93 Billion (~ US$290 Million) at the international box office, overtaking Spirited Away which ended its international run at ¥32.96 Billion (~ US$289 Million). The large bulk of the gross was domestically in Japan where, since the film’s debut on August 26, it has earned over ¥22.4 Billion (~ US$192.5 Million). In Japan, it is currently the 4th highest grossing film of all time. 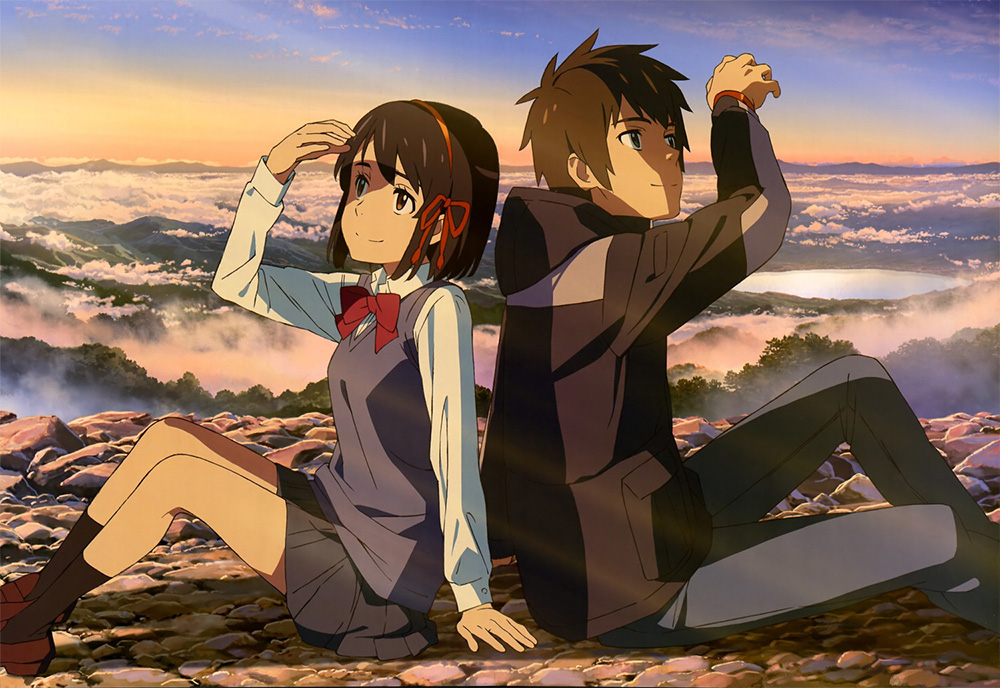 Japanese band RADWIMPS recorded new English versions of the songs used in the dubbing of the film. They produced over 20 tracks for the film’s Japanese release.

Kimi no Na wa. is currently screening in cinemas in the North American region until the end of April. It is available in both English audio and Japanese audio with English subtitles.