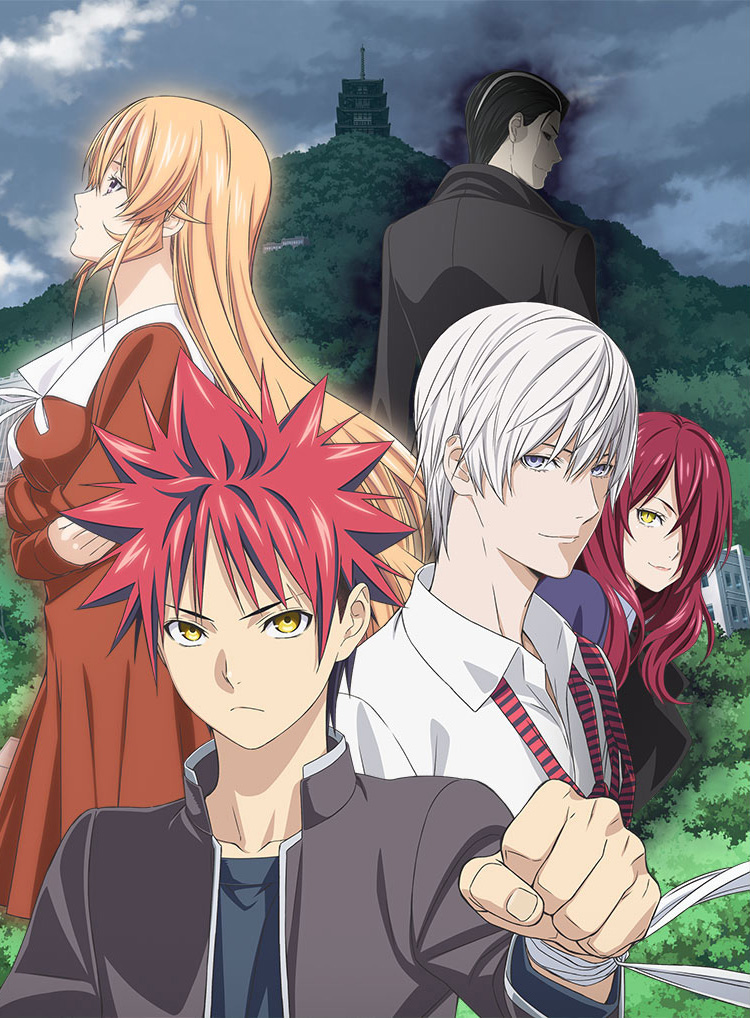 The upcoming third season will air this Fall/Autumn 2017 season, which generally begins in October. The anime itself will continue where the second season left off, following the battle against the Council of Ten.

The website has announced that Risa Taneda (Mirai Kuriyama in Kyoukai no Kanata) will not be reprising her role as Erina Nakiri in season 3, due to recovery from throat issues. Taneda  has been on hiatus since September 2016 but has been starting to work again. Instead, Erina will be voiced by Hisako Kanemoto (Ika Musume from Shinryaku! Ika Musume) in Shokugeki no Souma: San no Sara. 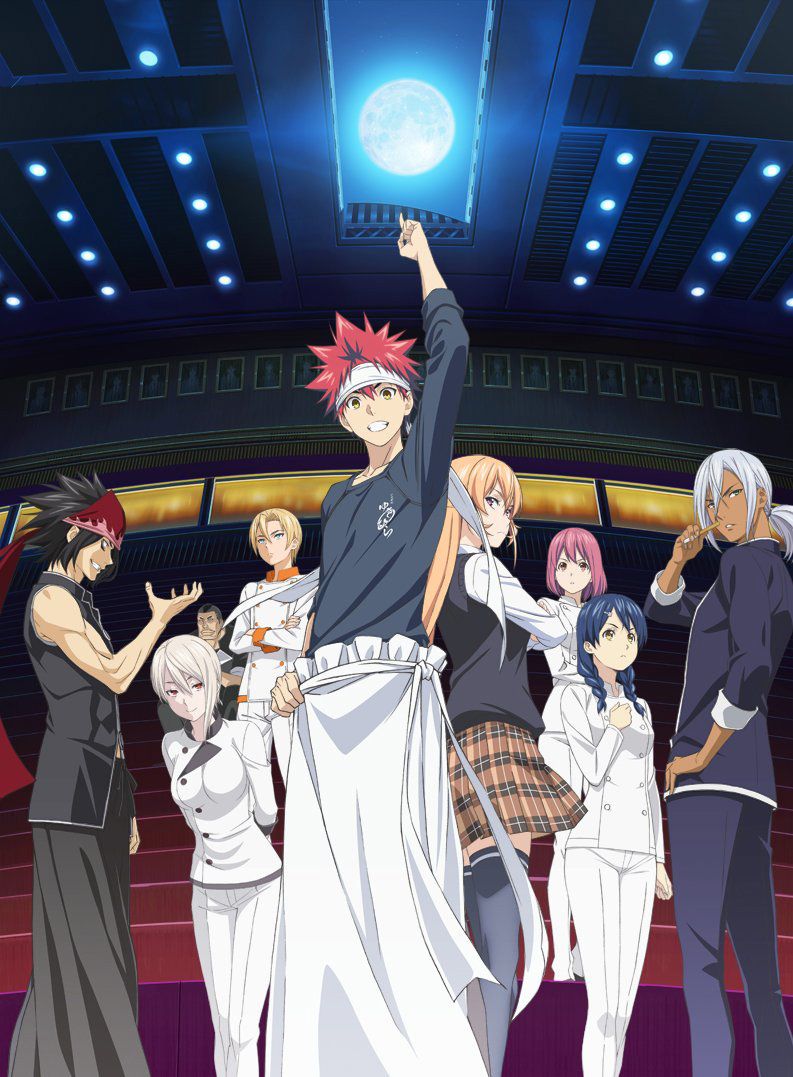 The third season of the Shokugeki no Souma anime, Shokugeki no Souma: San no Sara, will premiere this Fall/Autumn 2017 anime season, which generally begins in October. Further information about the anime will be revealed at a later date.