During an interview with Hajime Isayama in the latest issue of Bessatsu Shounen Magazine, the mangaka has revealed that the Attack on Titan (Shingeki no Kyojin) manga will end in the May issue of the magazine. The issue itself will be available on April 9th. 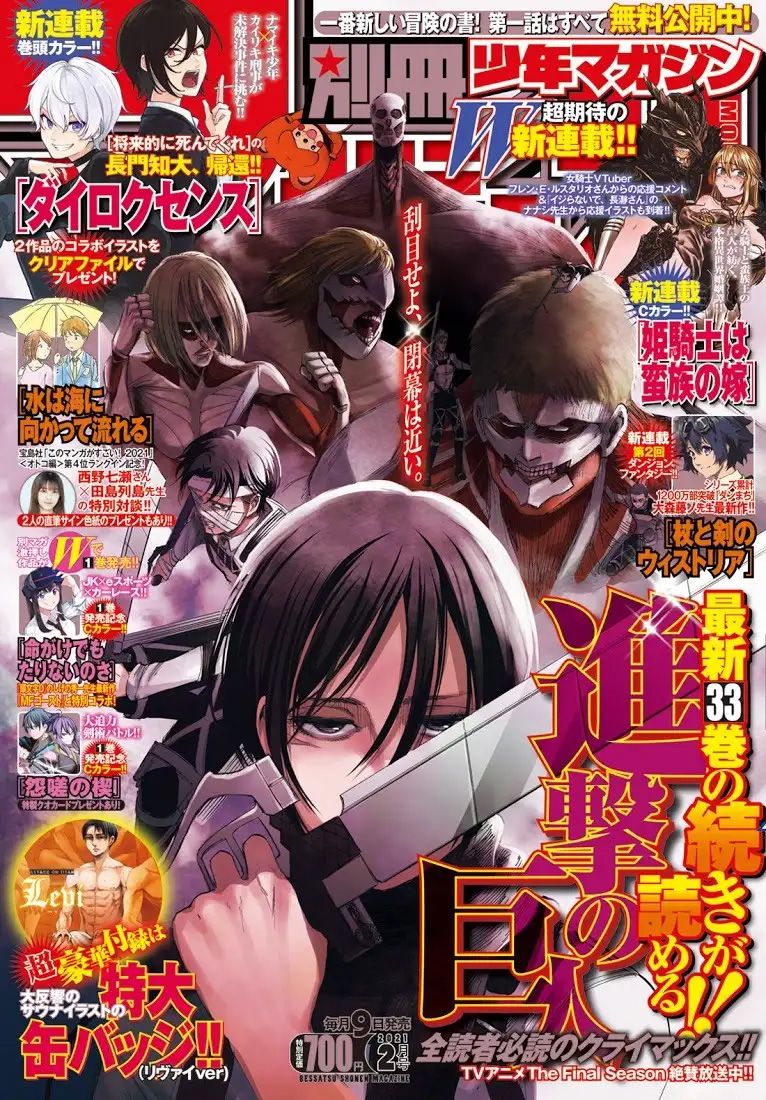 The manga will be ending on chapter 139, after a total of 34 compiled volumes. The 34th and final volume will release in Japan on June 9.

Isayama himself revealed in 2015 that the manga would run for at least another 3 years.

The anime’s final season is currently airing every Monday on NHK at 12:10am JST.

Attack on Titan (Shingeki no Kyojin) is an action manga series written and illustrated by Hajime Isayama. It started in 2009 and is published in Kodansha’s monthly Bessatsu Shounen Magazine. To date, there has been a total of 33 compiled volumes. A prequel light novel adaptation started in 2011, and two spin-off manga started serialization in 2012: Shingeki no Kyojin: Before the Fall and Shingeki! Kyojin Chuugakkou. In April 2013 the series was picked up for an anime adaptation. The anime series was produced by the newly formed Wit Studios. The series has grown in popularity since the anime’s debut, with the manga selling over 45 million copies as of April this year. Numerous game adaptations of the film were created following the anime, including a PlayStation 4 title. Two live-action film adaptations were released in Japan in 2015. A second season was produced and aired in the Spring 2017 anime season for 12 episodes. The third season was split up into two parts, the first in Summer 2018 and the second in Spring 2019. 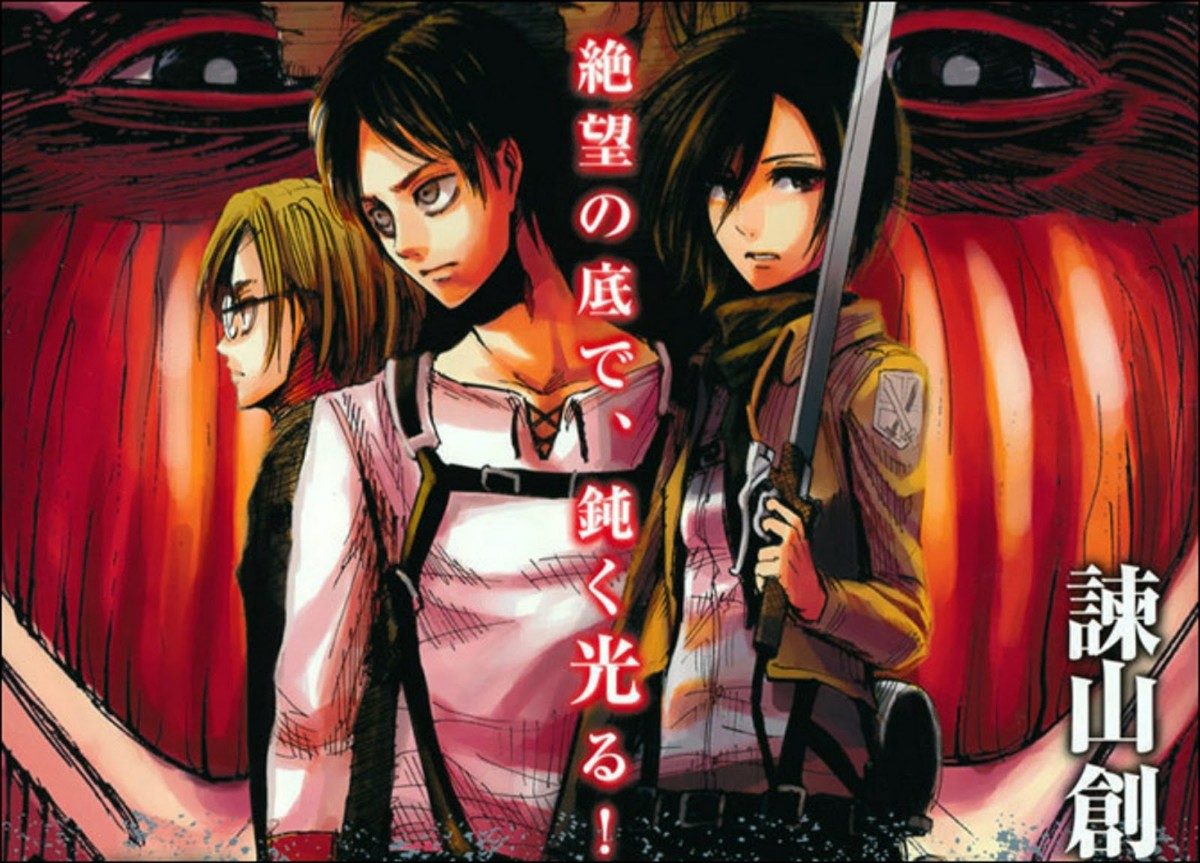 The final chapter of the Attack on Titan manga will release in the May issue of Bessatsu Shounen Magazine, out in Japan on April 9.