The official website of the anime adaptation of Yuuto Tsukuda and Shun Saeki’s Shokugeki no Souma (Food Wars: Shokugeki no Soma) manga has announced that an OVA of the upcoming 4th season will be bundled with the manga’s 29th volume. It will release in Japan on May 2nd. 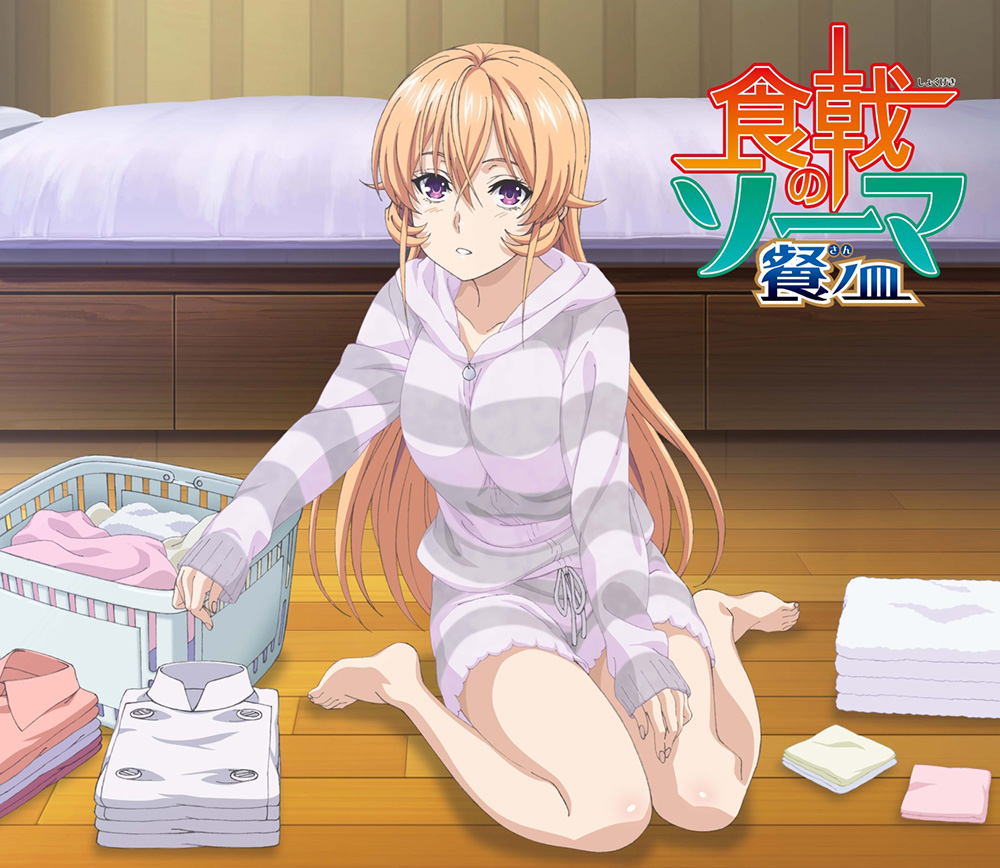 The new OVA will focus on Erina, after she has run away to stay over at the dorm. She will be cleaning her clothes for the first time after attending her first public bath with Alice. This is the start of Erina’s new life.

The OVA will be part of the fourth season, titled Shokugeki no Souma: Tootsuki Ressha. It is currently being stated as the second part of the third season, Shokugeki no Souma, being set directly after its events. The series will air in the Spring 2018 anime season, which will begin from April.

Shokugeki no Souma (Food Wars: Shokugeki no Soma) is a comedy, ecchi cooking manga written by Yuuto Tsukuda, illustrated by Shun Saeki with Chef Yuki Mirosaki adding recipes to the manga. The series began serialization in Shueisha’s Weekly Shonen Jump magazine in late 2012 and to date has a total of 29 compiled volumes released. The manga itself has sold over 2 million copies to date. An anime adaptation of the series was produced for Spring 2015, directed by Yonetani Yoshitomo (Tiger & Bunny Movie 1: The Beginning, Hoshi no Umi no Amuri) and produced by J.C. Staff (Toradora!, Sakurasou no Pet na Kanojo). A second season aired in Summer 2016 with a third season in the Fall/Autumn 2017 anime season.